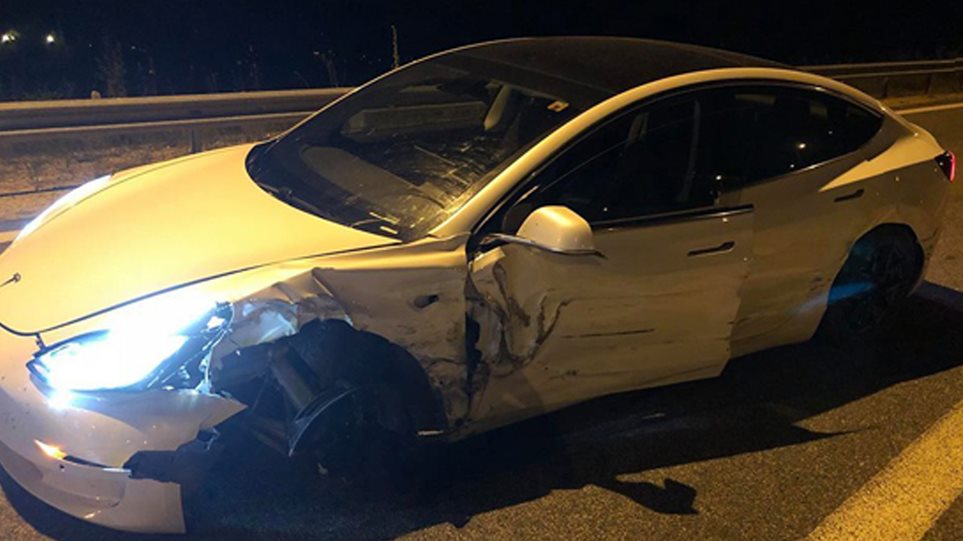 The first Tesla Model 3 road accident outside the United States occurred in Greece, as the car was in Autopilot and hit a road barrier outside of Florina, in northern Greece.
According to Newsauto.gr website, the Tesla Model 3 driver, You You Xue, who is also one of the first owners of Tesla’s new electric car worldwide, made a long journey from the U.S. to Europe to “spread the love” for the Tesla Model 3 electric car.
It should be noted that the Tesla 3 is not sold in Europe yet.
Until last Friday, when the e-accident occurred, Xue had driven more than 39,000 km in 25 countries, in the two continents.
According to the driver, he was on the E65 national highway and driving southwest to Kozani. He was just outside Florina and with the Autopilot system in operation, Model 3 suddenly took a sharp turn to the right and despite Xue’s efforts to bring it back on course, the left side of the vehicle hit the barriers on one of the highway exits.