By Tasos Kokkinidis
May 25, 2018
Facebook
Twitter
WhatsApp
Linkedin
Email
The foreign ministers of Greece and FYROM are meeting for a second day on Friday in New York to seek an agreement between the two countries over the name of the former Yugoslav republic.
There is a news blackout following the first day of deliberations between Greece’s Nikos Kotzias, FYROM’s Nikola Dimitrov and UN envoy Matthew Nimetz.
“I am neither optimistic nor pessimistic, but I have the will to find a solution,” Kotzias said on Thursday, before talks began at the UN headquarters. 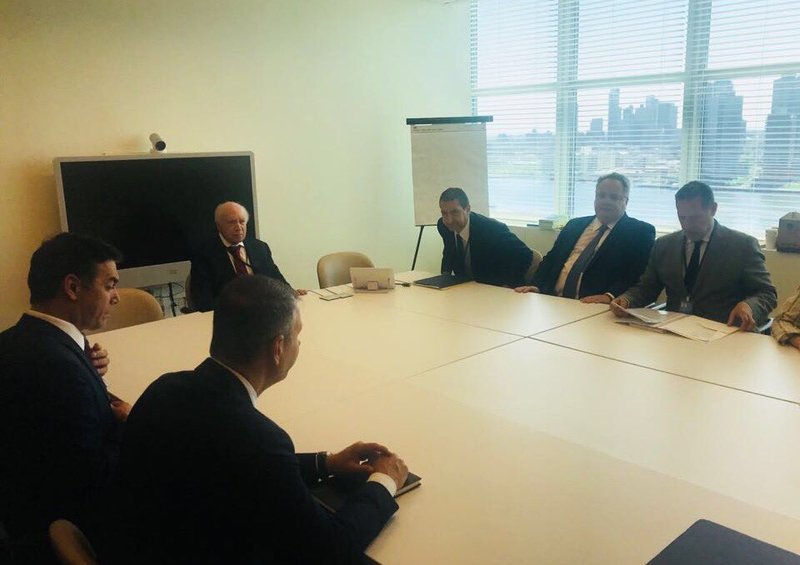 Kotzias said the negotiations are divided into two sections. The first and main part concerns purely political issues and includes discussions between foreign ministers under the auspices of Nimetz.
The second part relates to the text of the general agreement and also to the list of individual legal issues arising in the context of the diplomatic settlement. These separate technical details will be discussed in a parallel round of negotiations, he said, conducted at a more technical level.
On Monday, Greek government spokesman Dimitris Tzanakopoulos said the best solution would be to choose a name from among those proposed by the UN diplomat.
Earlier this year Nimetz, a veteran American negotiator, tabled five proposals for an agreement on the name. These were:
Republika Nova Makedonija (Republic of New Macedonia),
Republika Severna Makedonija (Republic of Northern Macedonia),
Republika Gorna Makedonija (Republic of Upper Macedonia),
Republika Vardarska Makedonija (Republic of Macedonia of Vardar) and
Republika Makedonija (Skopje) [Republic of Macedonia (Skopje)]
Kotzias has denied that Greece is under pressure from the U.S. and its European allies to find a solution to the naming dispute before a landmark EU summit on enlargement in late June.
Most member states want to extend a formal invitation to FYROM to start accession talks. A NATO summit in early July will see Greece’s allies also back the country’s membership.
On Saturday, U.S. Vice President Mike Pence called Greece’s Prime Minister Alexis Tsipras to encourage him to achieve a solution to the decades-old naming dispute with FYROM.