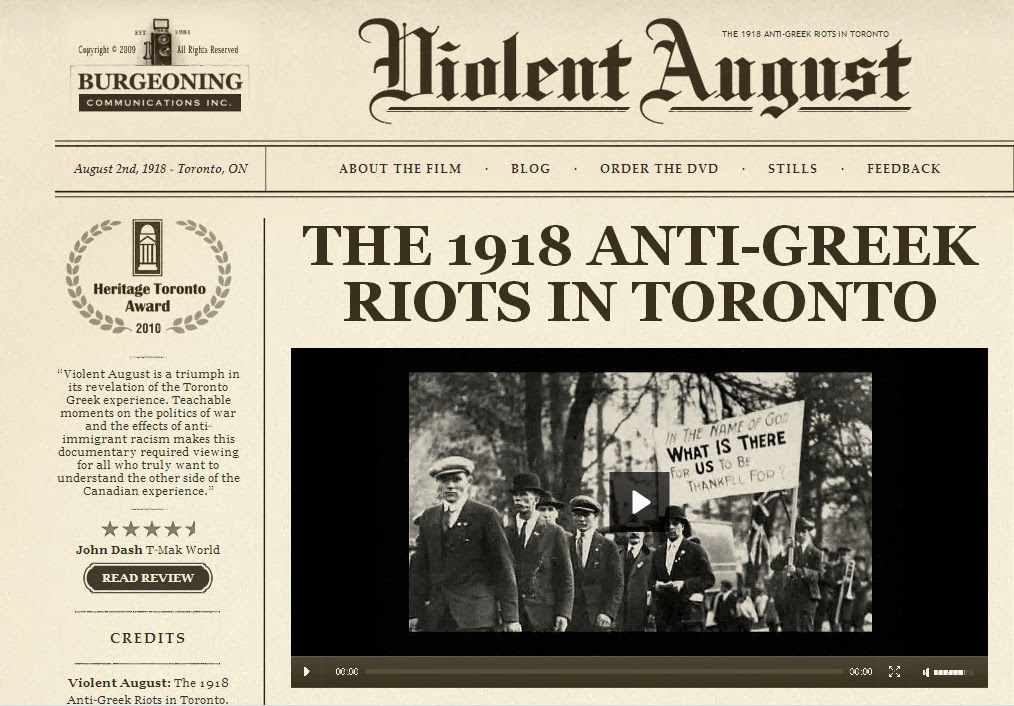 An award-winning documentary covering the shocking 1918 anti-Greek riots in Toronto is to be screened free of charge to the public later this month.

The Hellenic Heritage Foundation in the Canadian city will show Violent August at Canada Square Cinemas at 2190 Yonge Street on Sunday May 27 at 1.30 p.m.

The screening is part of commemorations of the 100-year anniversary of a wave of violence and intimidation unleashed on immigrant Greeks in Toronto.

On Aug. 2 that year, as many as 50,000 people took to the streets of Toronto over three days, rioting and destroying businesses owned by Greek immigrants.

The riots are the largest in the city’s history, but the circumstances around the violence is not widely known.

Following the violence, many in the Greek community tried to distance themselves from the riots and assimilate. A hundred years later, the time to learn more about this chapter in Toronto’s history and honour the sacrifices of Toronto’s first Greek citizens, has come.

Following the film, there will be a question-and-answer session in English and Greek with filmmaker John Burry and local historian Michalis Mouratidis.

The Hellenic Heritage Foundation has also developed a curriculum about the anti-Greek riots for the Toronto District School Board, so that students can learn about this important chapter in Canada’s past.

In addition, the foundation is also organizing a historical walking tour, which will take Torontonians on the path of the riots and recreate those nights from 100 years ago, as well as a special commemorative event at Nathan Phillips Square on Thursday, Aug. 2.