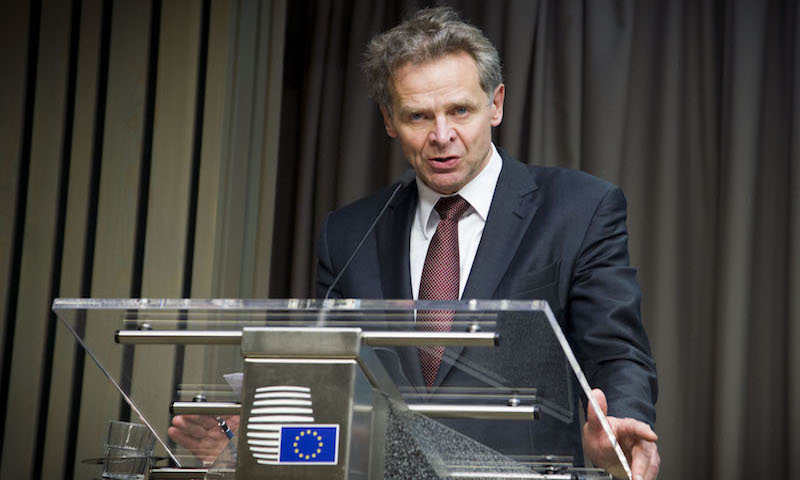 The International Monetary Fund is pressing Greece’s European creditors to agree on a debt relief program as soon as next week to ensure that the fund has enough time to give money to the country.
Poul Thomsen, the IMF director for European affairs spoke to CNBC saying: “We really need an agreement at the Eurogroup next week.”
“Time is running out,” Thomsen said, “but if there is an agreement in the Eurogroup meeting in May, then there will be enough time for us to activate the program and for it to coincide with the remainder of the ESM (European Stability Mechanism) program.”
However, European creditors do not seem to be in such a hurry to decide on a debt relief plan for Greece. The decision to provide further debt relief to Greece is one or two months away, European Commission Vice-President for the Euro and Social Dialogue Valdis Dombrovskis said on Tuesday, according to the Athens News Agency.
Speaking at a meeting organized by Politico in Brussels, Dombrovskis said that it would be most likely decided soon, as creditors are now examining both short- and long-term relief measures. He warned however that any debt relief depends on Greece’s adherence to its targets and implementation of deep reforms.
Asked about the IMF’s participation in the fiscal adjustment program, the EU official said the fund has not been contributing to the program financially, but remains a participant by setting terms and conditions and undertaking a technical analysis, according to ANA.