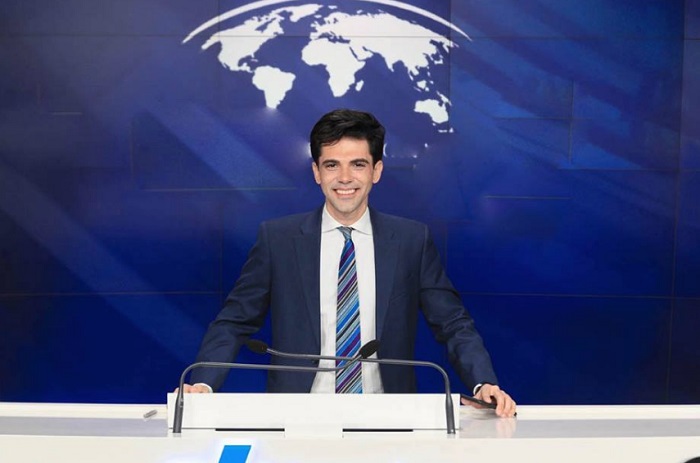 A Greek journalist is suing the country’s communications minister for defamation over accusations he was arrested for forging official signatures while covering a government visit to New York in 2016.

Thanos Dimadis, formerly of Alpha TV, announced on Sunday that he was filing a lawsuit against Nikos Pappas after new police documents surfaced which prove, he says, that he was not arrested by the NYPD during Pappas’ U.S. visit.

Dimadis and another reporter, Dimitris Soultogiannis of Star TV, were reporting on Pappas’ visit to New York in September 2016.

Greece’s semi-official Athens-Macedonian News Agency (AMNA) published a report on Sept. 18 claiming the pair had been arrested by NYPD officers at the Westin New York Grand Central hotel where the Greek delegation was staying.

AMNA wrote that the two reporters had been accused of forging the signatures of a Greek official to get snacks in the hotel amid other suspicious activities, such as concealing their faces.

Pappas, who was at the center of a media storm over TV licensing decisions involving the Alpha and Star channels, immediately backed the AMNA report, accusing the two journalists of following orders from station bosses to defame him.

The minister also claimed the two Greek journalists had been arrested by police.

However, Dimadis and Soultogiannis, who were later sacked by their respective employers, maintained their innocence, saying they were doing their jobs and denying they had been arrested.

Now, declassified NYPD documents published by the Greek-American National Herald newspaper on Saturday show that the two men had only been questioned — not arrested — as Pappas and the AMNA report had claimed.

They also reveal that photographs were discovered in Dimadis’ camera of members of the minister’s entourage shopping in New York.

Dimadis says that the whole story was “fake news”, instigated by Pappas and AMNA.

“These fake news [stories] are turning boomerang to their initiators, whom I will lead to Justice to reveal the truth with the help of the American authorities,” the Greek journalist said in a Facebook post.