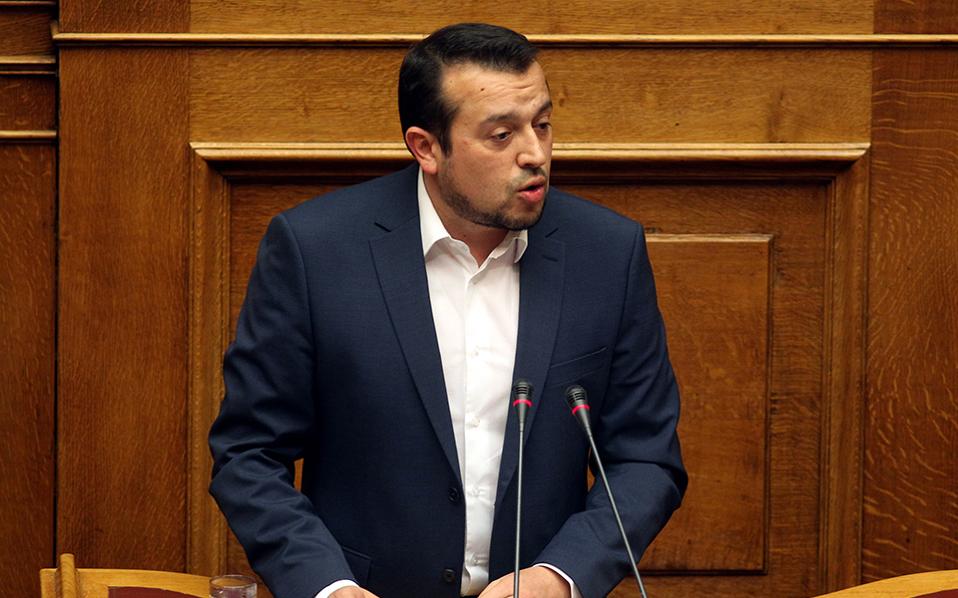 [The following story has been updated here: Greek Journalist Wins Libel Case Against Former Government Officials]
Two Greek correspondents are accused of forging the signatures of a member of a state minister’s team to get snacks in a New York City hotel and other suspicious activities.
State Minister Nikos Pappas is currently in New York City for Prime Minister Alexis Tsipras’ participation in the United Nations General Assembly. Reportedly, correspondents of ALPHA TV Thanos Dimadis and Star TV Dimitris Soultogiannis wearing wigs, sunglasses and hats appeared at the hotel posing as members of the Greek delegation and ordered snacks, forging the signature of Giorgos Christoforidis, a government press advisor.
The fact that the two reporters belong to television stations that failed to get a license in the recent licensing tender, created controversy, as Pappas is the minister responsible for giving the licenses.
The state minister accused the two reporters of following the orders of their station owner bosses to spy on him and defame him, thereby linking the case with the license auctioning. He also said that the two journalists were arrested by U.S. authorities.
The two correspondents were released after questioning. They both admitted that they were following Pappas, but said their actions were purely for reporting purposes, since the minister’s entourage had arrived in New York without an actual agenda.
Stoultogiannis talked to star.gr saying that accusations of being “disguised” and forging signatures are ridiculous because wearing a baseball hat and sunglasses is not a disguise. He said that this was the only way they could come close to Pappas and his group and report on their activities. He stated that the minister and his entourage were already in New York for two days without an actual task or obligation. As for their arrest, as Pappas claimed, the two men were never arrested and police authorities only checked their identification and credentials.
However, Star TV management has put Stoultogiannis on suspension from his duties until the case clears. ALPHA followed suit and suspended Dimadis as well.

The Oldest Street in Athens and Europe

The oldest street in Athens, and the whole of Europe, is about 2,500 years old -- and is located in the Plaka neighborhood.