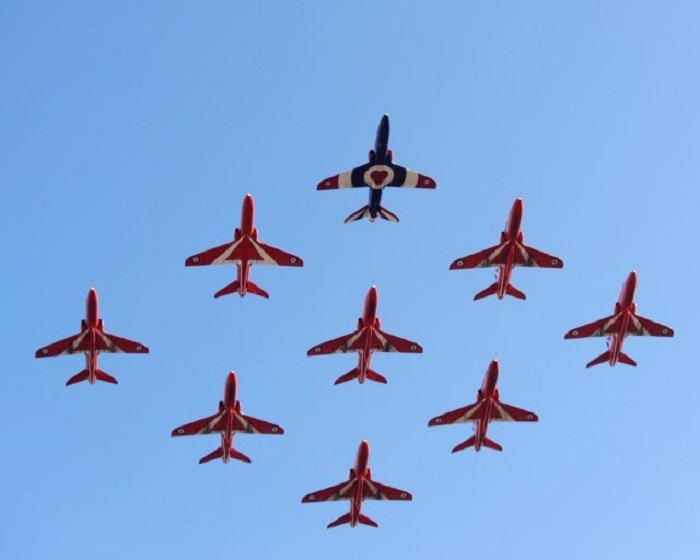 The Red Arrows, the aerobatics display team of the UK’s Royal Air Force, has arrived in the Greek base of Tanagra , about 35 miles north of Athens for five-week exercise.
This is the fourth consecutive year that the Red Arrows train in Greece where weather conditions allow the team to perfect and polish its display in more settled weather.
The team of ten red Hawk jets and an A400 support aircraft arrived in Greece on April 22 after a night stop in Zadar, Croatia. 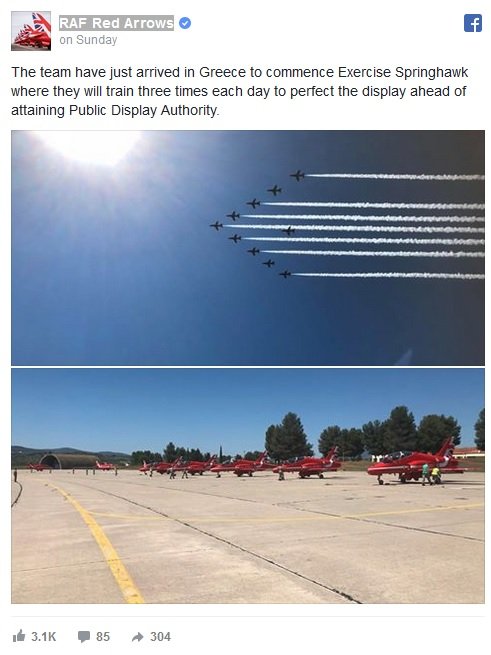 During the exercise, the team is assessed by senior Royal Air Force officers, with the aim of gaining Public Display Authority.
If this is awarded, the Squadron’s pilots are qualified for the aerobatic season and they can change from green coveralls into their famous red flying suits and the ground crew are allowed to wear their royal blue display coveralls.
The Red Arrows have a prominent place in British popular culture, with their aerobatic displays a fixture of British summer events.
The badge of the Red Arrows shows the aircraft in their trademark diamond nine formation, with the motto Éclat, a French word meaning “brilliance” or “excellence”.