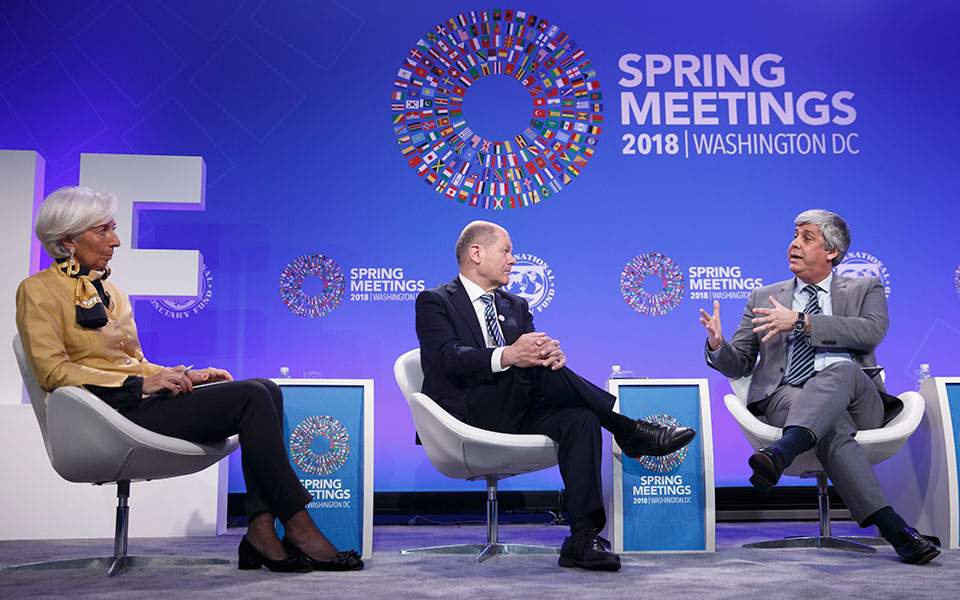 The International Monetary Fund and the European Union continue to disagree on the Greek debt relief issue, as was shown during the IMF and World Bank spring meeting in Washington.
According to a Kathimerini newspaper report, the two sides attended to bridge the gap in opinions, but the issue remains unresolved.
IMF Managing Director Christine Lagarde met with the chiefs of the European Stability Mechanism (Klaus Regling), the Eurogroup (Mario Centeno), the European Commissioner for Economic Affairs Pierre Moscovici and Board member of the European Central Bank Benoit Coeure to discuss Greece. The finance ministers of the most important eurozone countries (Germany, Italy, France and Spain) were also present, according to the Kathimerini report.
The main difference between the Fund and the European institutions is that the Greek debt easing mechanism should be conditional, linked on reforms and growth. The Fund, on the other hand, is of the opinion that the mechanism should apply automatically and independent of political pressures.
Lagarde also called for the debt relief to apply to all the loans in Greece, that is to say, the bilateral loans agreed in the framework of the first bailout program, but also the ESM loan agreed in the third program, not just the EFSF loans, as expected so far. This request is interpreted by the European side as a hardening of the Fund’s attitude as it sets conditions that were not on the table until now, Kathimerini says.