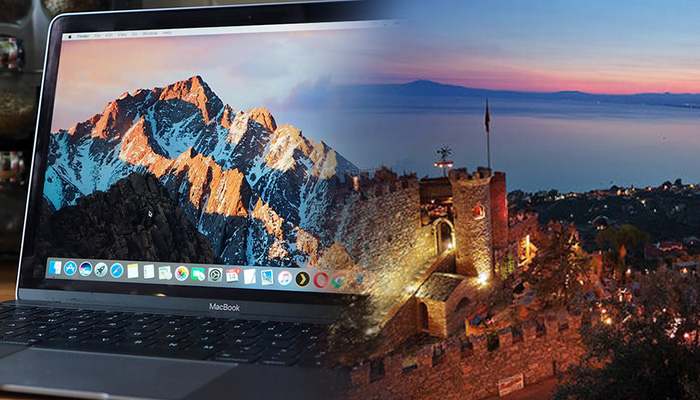 A huge strategic move by Apple to change the microchips used to power its Mac computers comes with a Hellenic twist — a Greek code name.
Industry reports this week claim the Apple-made chip project has been code-named ‘Kalamata‘ — the name of a city in the Peloponnese better known for its famous olives.
A Bloomberg report says the project to replace Intel processors with Apple’s in-house chips is in its early stages, but follows ten years of speculation that the global tech giant would custom-make its own.
If true, it would be a serious blow to Intel, which could lose a huge chunk of the lucrative Apple market by 2020.
On Tuesday, Steve Wozniak, co-founder of Apple, also brought Greece into the mix with his claim the next Facebook or Google could well be created in countries enduring economic crisis.
“Intelligent people are everywhere and the tools for software development are also available everywhere, so of course the next company to create something in the communication sector, capable of conquering the world if it’s good, could be founded in countries such as Greece,” Wozniak said.
In 2006 Apple founder Steve Jobs is said to have threatened to gatecrash the Greek vacation of Jim Gianopulos, CEO and co-chairman of Fox Filmed Entertainment, over an iTunes movie distribution deal.
In 2013 Jobs’ luxury yacht showed up in Hydra, which had locals wondering if his family would stay long in Greece and visit the Ionian Sea islands.
‘Venus’ carried members of the Jobs family and other guests and passed through the Corinth Canal from the Saronic Gulf to the Corinthian Gulf, with destinations in the Ionian.