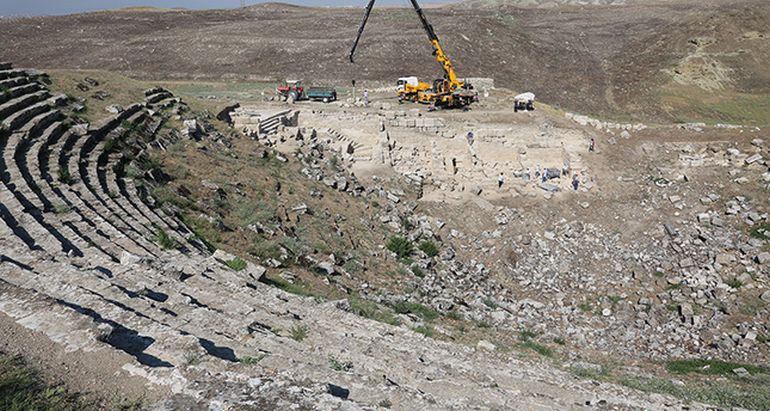 A 2,200-year-old theater located in the ancient Greek city of Laodicea will be restored with the support of the Denizli Metropolitan Municipality in Turkey.

Laodicea was an ancient Greek city that was built upon the river Lycus, in the region comprising Caria and Lydia, in present-day southwestern Turkey, near the city of Denizli.

By the 2nd century BC, Laodicea was a rich city belonging to the Kingdom of Pergamon, which later passed into Roman control. The city had two theaters and today archaeologists are looking to structurally restore the older theater, which is of Hellenistic origin, built 2,200 years ago with a capacity of 15,000 spectators.

The theater collapsed after being hit by earthquakes over the centuries. It will be restored with a budget of 6 million Turkish liras ($1.5 million), with the purpose of staging cultural performances, as it did 1,600 years ago. It is estimated to open in two years.

A team headed by Pamukkale University Professor Celal Simsek has been carrying out excavations in the ancient city of Laodicea, aiming to add the ancient city on the UNESCO World Heritage List, currently being in the tentative list.

Laodicea is mentioned in the Bible as the city where one of the seven holy churches of Asia are located.

(With information from Hurriyet Daily News and Daily Sabah)