By Tasos Kokkinidis
February 25, 2018
Facebook
Twitter
WhatsApp
Linkedin
Email
Rare photographs of the excavations at the Greek island of Delos from the 19th Century have come to light in a book by French archaeologists.
The book “Delos 1873-1913” sheds light on the challenges facing the scientists and other skilled and unskilled workers who unearthed ancient monuments and artifacts in one of most important mythological, historical and archaeological sites in Greece. 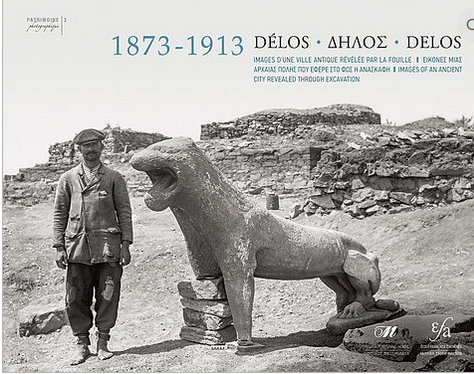 Delos (Δήλος) was one of the most sacred places of ancient Greece, and one of the most robust trade centers as well.
Its claim as the birthplace of Apollo gave Delos a strong religious identity that lasted all the way until Byzantine times.
Over the centuries, Delos was truly a cosmopolitan center with a diverse population that included people from all around the Mediterranean, but in 88 BCE the Romans razed the island during their war with Mithridates (and ally of the Athenians who controlled the island), a calamity Delos never recovered from.

The French School of Athens (FSA) in 1873 sent archaeologist A. Lebègue to begin excavating Delos.

Until the First World War, on the instigation of T. Homolle and then M. Holleaux, the emphasis was on the clearing of large areas in the Sanctuary zone and on the northern slopes of Cynthus, although the rest of the island was not neglected.
Several years apart (1894 and 1907), two archaeological maps of the island were drawn up, while a study of its physical geography was successfully completed by the geologist L. Cayeux (EAD IV). 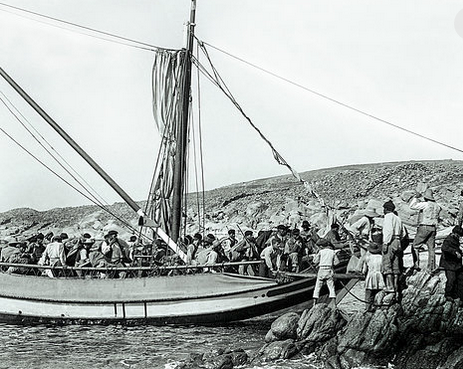 From 1903 onwards, the excavations enjoyed annual financial support from Joseph Florimont, Duke of Loubat (1831-1927), a rich American philanthropist and foreign corresponding member of the Academy of Inscriptions and Belles-Lettres. 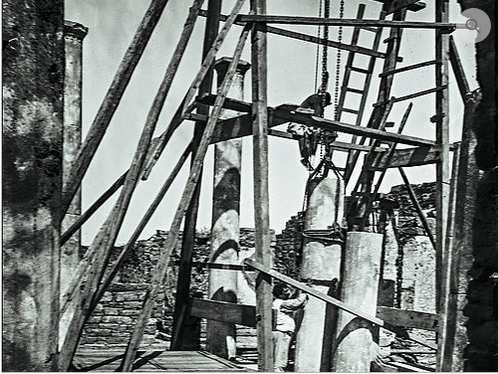 This major contribution to work in the field was complemented in 1920 by the creation of a Greek epigraphy fund to support the Institute, from which the income was used for the publication of the Choix d’inscriptions de Délos by F. Durrbach (1921) and the Corpus des inscriptions de Délos. 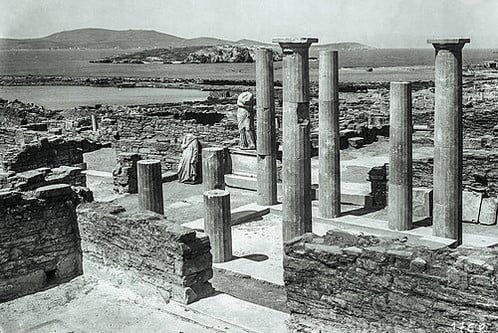 From the 1920s onwards, the efforts of the School’s members focused on the study of monuments, batches of equipment and inscriptions discovered in the previous decades, and exploratory research concentrated more on buildings than groups of monuments.
(With information from FSA)