GRNews
GreekReporter.comGreek NewsCulturePetition Launched for Greece to be Included at World Disney's Epcot 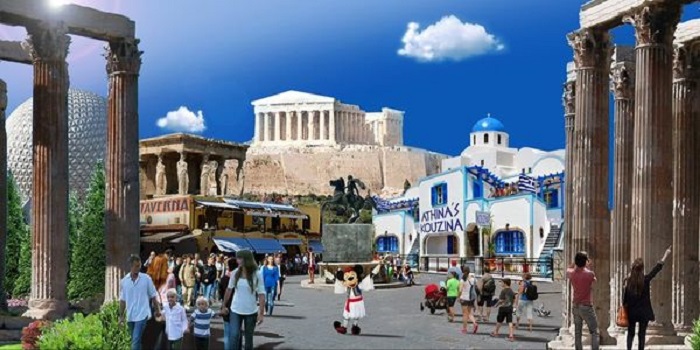 A group of Greeks started a petition to convince Walt Disney World that Greece should be the next pavilion that should be in the World Showcase in Epcot.

Epcot’s World Showcase is one of the more relaxing and scenic areas of Disney World in Florida and tries to provide an overview of the country you’re in.

It opened on Friday October 1, 1982 and is currently home to pavilions for eleven different countries from around the world.

It includes Canada, United Kingdom, France, Japan, the United States, Italy, Germany, China, and Mexico. Morocco was added in 1984 and Norway was added in 1988. It’s been 30 years since Disney World has updated the World Showcase.

The petition signed by hundreds as of Friday February 23, says that that are 4 reasons why Greece should be in the World Showcase in Epcot: The food, the atmosphere, entertainment and gift & souvenirs.

A Greece pavilion could have areas that look like everything from buildings along the Santorini cliff-side to ancient Greek architecture with traditional Greek music playing in the background, it would be absolutely amazing!

With all its beauty, rich history and innovation Greece is a clear choice, the petition reads.