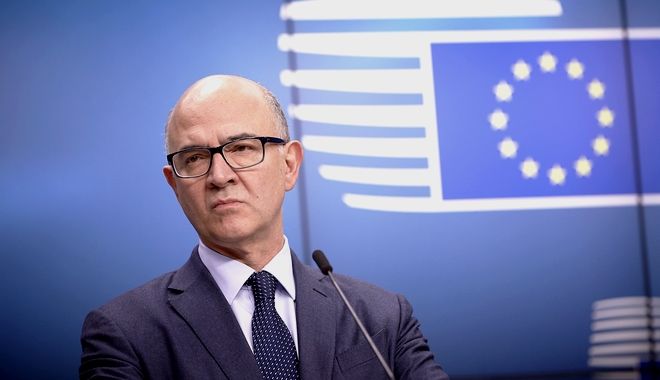 Greece finally sees the light at the end of the tunnel, but a suitable form of supervision is needed for years after the bailout program ends, said Economic Affairs Commissioner Pierre Moscovici.
The EU official is in Greece for a two-day visit and he was interviewed by the Athens Macedonian News Agency (AMNA).
He spoke about the completion of the bailout program in August, debt relief for Greece, the need for a supervision program after the third bailout program and reassured that there will not be another rescue program.
The French economist said that he wants Greece to become a “normal European country” after the program and noted that, “now is the time for a final effort to complete the program successfully and move to a more peaceful and bright future.”
Regarding debt relief for Greece, Moscovici said: “Technical work has already begun on a debt relief mechanism linked to economic growth, an idea first proposed last year and supported by the Eurogroup in June 2017.”
After the end of the rescue program in August, Greece will need a supervision program to ensure that the reforms agreed are implemented, Moscovici said:
“As many of the program commitments will continue to apply for a long time after the end of the program, there is also a need for an appropriate form of post-program supervision.”
“Now is the time for a final effort to complete the program successfully and turn to a more calm and bright future as a steadily normal euro-area member state. You can always count on my support,” the European official concluded.