Time Not on Our Side on Greece-FYROM Name Dispute Talks, Nimetz says 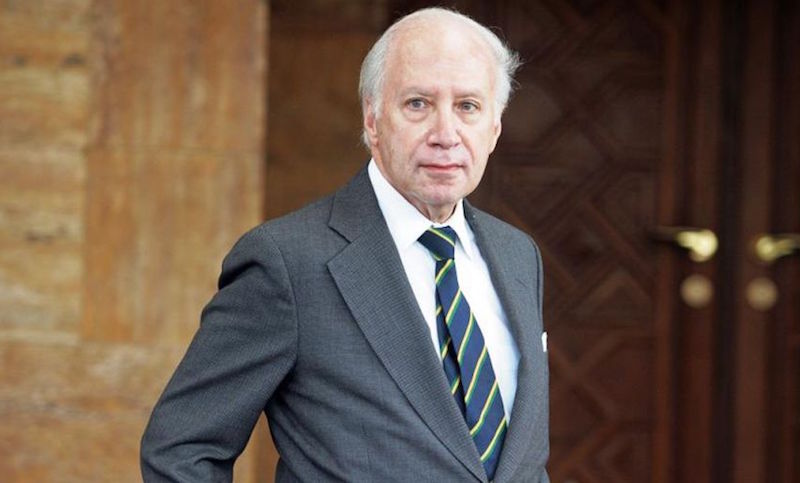 Time is not on our side on talks between Greece and the Former Yugoslav Republic of Macedonia over the latter’s name, said UN mediator Matthew Nimetz.
The UN official spoke to Euronews after individual talks with the foreign ministers of the two countries on their own soil. He said that now is the right time to resolve the issue that goes on for over 25 years. “Governments and circumstances change,” Nimetz said, urging the two neighboring countries to resolve the name problem now.
“Time is not on our side. Situations are changing, governments are changing, we do not know what the government will be in Greece in two years. We do not know what the government will be in Skopje, we do not know the situation in the region. There may be several events that will make the situation difficult, will make it even more complicated in the future,” Nimetz said.
In the meeting with FYROM Foreign Minister Nikola Dimitrov, the Skopje official  appeared intransigent over his country’s national identity. Nimetz said that “all nations have their own perception of their identity and that it is difficult to disrupt it and for someone to accept it. The issues under negotiation have to do with the name of the country.”
When asked about the referendum on the FYROM prime minister said he will hold, the UN official said that this is a Skopje issue and he has no comment on that. Also, on the Constitutional changes the Balkan country has to make, Nimetz also said that this is an issue that should be resolved on a national level.
At the same time, he pointed out that the name issue remains open, denying leaks that the Greek government prefers Gorna Makedonija and FYROM Nova Macedonija.