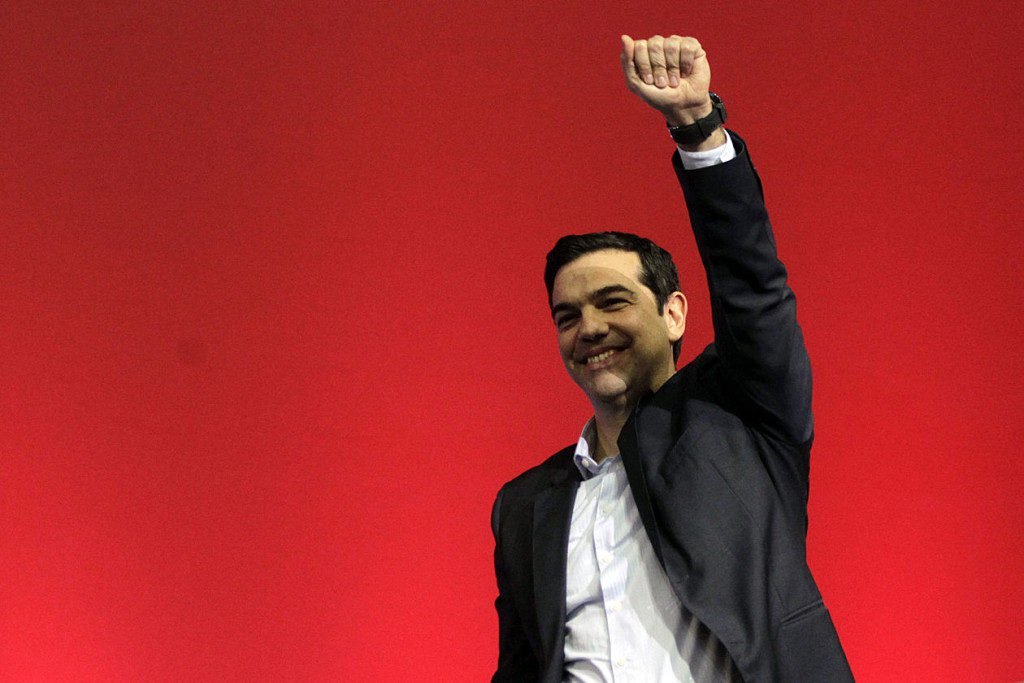 Left-wing populism has a long history in post-dictatorship Greek democracy, starting with the late Socialist PM Andreas Papandreou, but in the three years of the Syriza-led government, it is being celebrated more than ever.
As the government led by Alexis Tsipras is getting ready to celebrate its three years in power, a look at its policies proves that the political dichotomy between words and actions has never been bigger.
It was a snowy day in Athens on Monday, January 26, 2015, when a triumphant Tsipras was being sworn in as the first left-wing PM in Greece’s history. The fact that in order to accomplish that, he had to join forces in parliament with the ultra conservative Panos Kammenos, was not enough to reduce the excitement.
With a new breed of young, inexperienced ministers by his side, 41-year-old Tsipras was getting ready to realize his election pledges of getting the country rid of its unbearable bailout obligations, by shredding Greece’s memorandum, as promised. 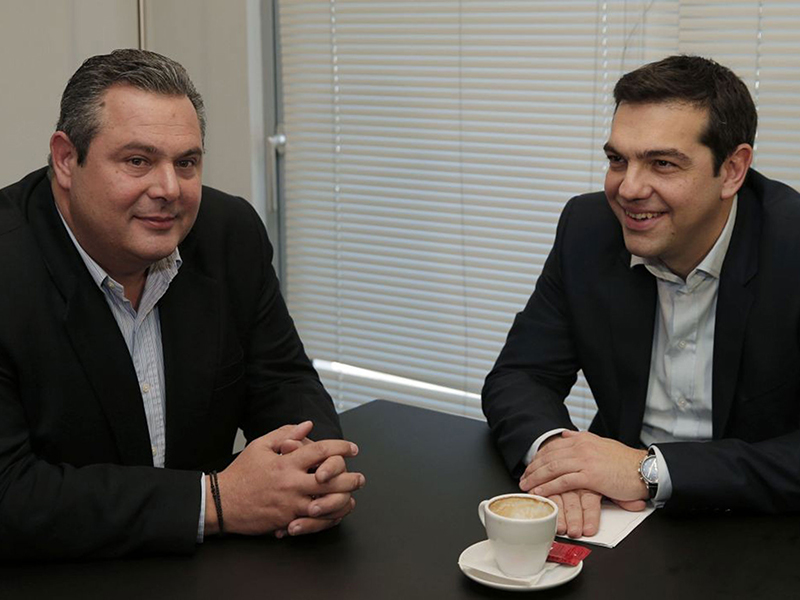 Little did he, or his associates, know that using anti-capitalistic rhetoric and self-righteous ideological proclamations against the EU establishment, was a stairway to ruin.
The first six months of his premiership were consumed by a series of back-and-forth’s in Brussels during negotiations for the pending bailout review, which brought down his predecessor Antonis Samaras’ government.
Economy professor Yanis Varoufakis; Tsipras’ unconventional choice for Finance minister, spent the winter and spring of 2015 trying to promote his anti-austerity theories to a group of stunned EU FinMin’s, who became gradually agitated by his “lectures”.
With negotiations going nowhere and theories of a Grexit flying around, Tsipras took out his labor union playbook and decided to enforce a “Hail Mary”. He called for a shady July 5 referendum on a draft “deal” proposed to him, asking Greek citizens to reject it. 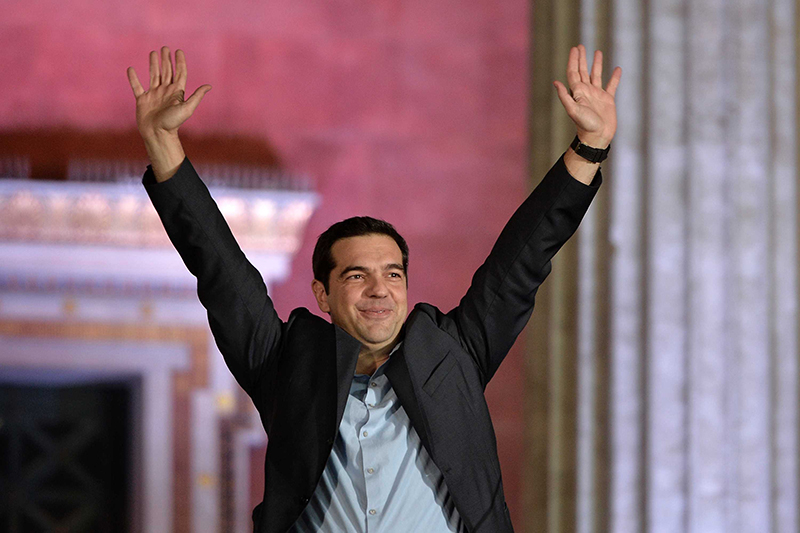 Thinking they were voting on a referendum over austerity, Greeks overwhelmingly followed the PM’s lead, rejecting the “deal” by two thirds. In the meantime, almost half of Tsipras’ hardcore left MPs had urged him to throw them out of his party, eventually forming an anti-austerity parliamentary block.
Finally realizing that the polarizing referendum had little to offer him in a final “make-or-break” negotiation, Tsipras asked the opposition for a parliamentary mandate to take with him to Brussels. They reluctantly offered him one.
One week later, after an exhausting 17-hour-long negotiation, a very tired PM signed a much stricter agreement with the EU partners, which made sure the country would remain in the eurozone under a tight austerity deal of fiscal cutbacks and structural reforms.
Having escaped at the edge of the financial abyss, Tsipras decided to push his luck, taking advantage of the post-referendum disarray in the opposition camp. He called for a snap election in September, in order to “implement the agreement’s harsh new terms with as much social justice as possible.” 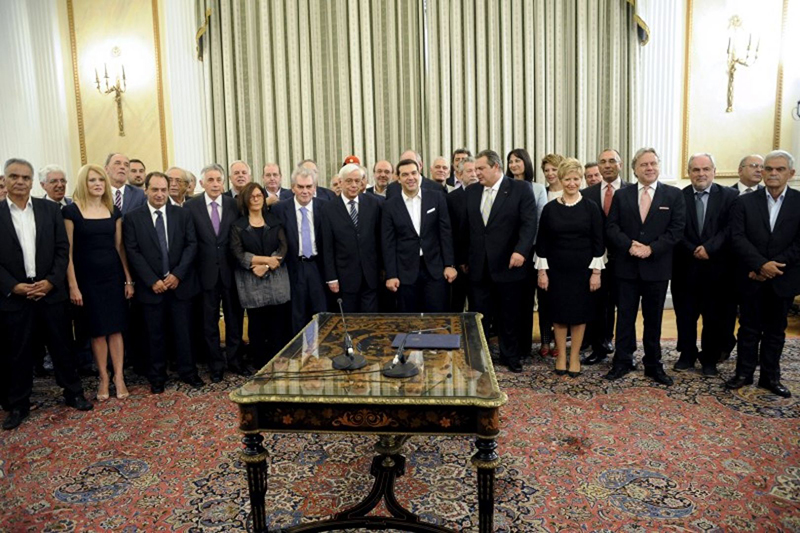 On September 20, Syriza scored an unexpectedly-large victory, falling 6 seats short of an absolute majority. Tsipras reprized his coalition government with Independent Greeks’ Panos Kammenos forming a new administration free of Varoufakis; who had already resigned after the referendum, and other extreme left elements in his party.
The next year, 2016, was supposed to be the year of non-stop reforms implementation; which in traditional populist mode, Tsipras and his government delayed as much as possible.
Only this time around, sticking to the July 2015 agreement, the country’s lenders used the loan tranches as leverage to push for the delayed reforms in successive bailout reviews.
In the first six months of the year, Tsipras’ government halted a huge gold-mining investment in Northern Greece, and used various obstacles to delay the biggest one in history – transforming the former Hellenikon airport in the south of Athens.
It also stubbornly delayed implementing structural reforms that would allow for simplifying ways of attracting foreign investment. 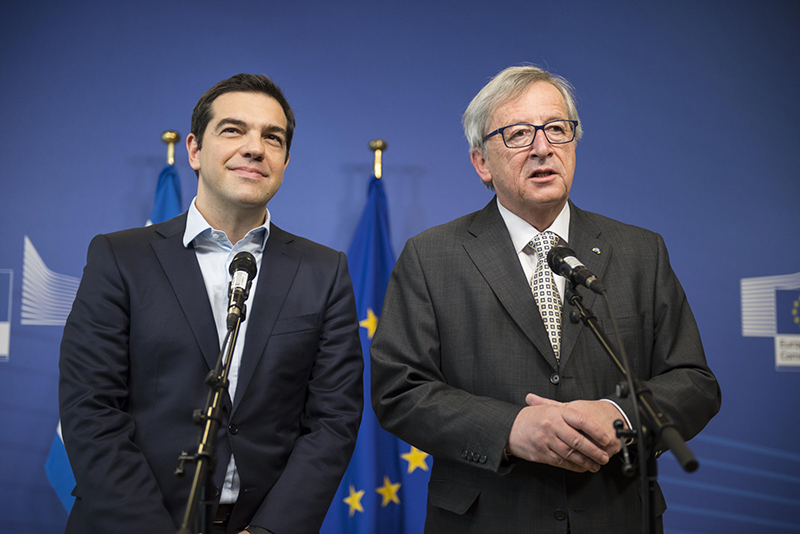 Using populistic ideological tricks, Tsipras concocted a humiliating tender for state-administered TV licenses. Bidders were locked in consecutive rooms with no sleep or means of communication with the outside world for a total of three days.
Looking triumphant after the end of the exhausting process, his ministers argued that not only did the government secure millions from the tender, but that it more or less taught a lesson to the “greedy, anti-Syriza TV oligarchs.” As expected, the tender process fell through in the country’s Supreme court a few months later.
After yet another populistic move of distributing part of the budget primary surplus to the lower economic classes as a Christmas “social dividend”, the year came to a close with more fiscal measures imposed by the lenders.
2017 was the Syriza-led government’s “year of saving dangerously”. Driven by a commitment for an unreasonably high 3.5 percent yearly primary surplus goal, it froze all state-owed rebates to businesses in order to score the highest surplus possible.
In a stagnated, recession-stricken economy, where businesses are struggling to stay afloat, the government sacrificed private sector’s much needed rebates, in order to maintain the public sector’s overpopulated body virtually untouched.
Its old-fashioned idea was none other than to create a public sector hardcore electoral base to keep the party’s popularity afloat for elections to come. It’s a populistic trick right out of Tsipras’ political mentor Andreas Papandreou’s 1980s playbook – the only difference being that of a crippling recession. 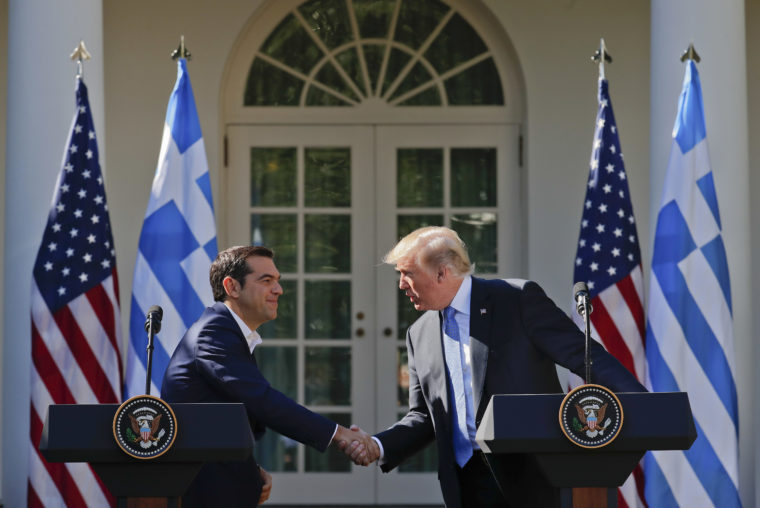 In foreign policy, Tsipras attempted the ultimate upset in late 2017, when he completed a rapprochement with the most radical and unpredictable (not to mention politically opposed) president in US history. In a surprising move, he publicly praised Donald Trump in Washington and won a much debated US military contract.
The year ended with a couple of relatively successful market runs, where Greek bonds are starting to gain traction due to the maintained surplus and the improvement in the negotiating mood with the EU partners. Plus, another Christmas “social dividend” was dispersed to the more destitute part of the Greek population.
The dawn of 2018 comes with a huge foreign policy challenge in the form of a potentially permanent solution to a quarter-of-a-century dispute with FYROM over the use of Macedonia in its name. In order for Tsipras to resolve it, he will have to deal with the Greek public’s historical and nationalistic reflexes, and the opposition of his junior coalition partner.
All in all, the three years of two consecutive Syriza-led governments has been a combination of political populism and ideological rigor at home, and total fiscal submission in Europe. Its popularity may be fading among Greek voters, but its political arsenal has proven quite effective in these three years of governance.
Will this 3-year-old left-wing experiment prove to be Greek political opportunism’s last grand stand, or will its populistic roots prove too deeply grounded in Greece’s political subconscious to become a passing trend?
Only time -and a few elections- will tell.