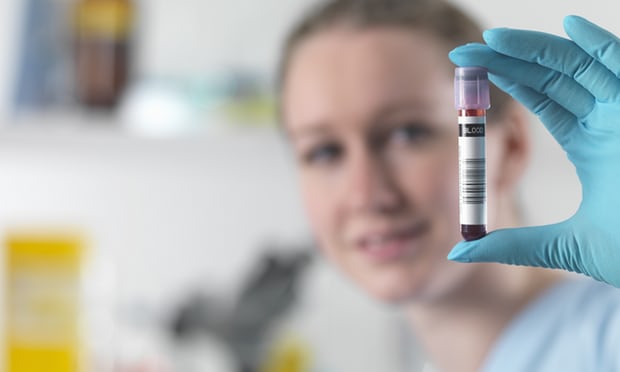 American researchers, led by Greek scientist Prof. Nickolas Papadopoulos, have developed a single blood test which screens for eight common cancer types and helps identify the location of the disease.

The test, called CancerSEEK, simultaneously evaluates levels of eight cancer proteins and the presence of cancer gene mutations from circulating DNA in the blood.

It is aimed at screening for eight common cancer types that account for more than 60 percent of cancer deaths in the U.S. Five of the cancers covered by the test currently have no screening test.

“The use of a combination of selected biomarkers for early detection has the potential to change the way we screen for cancer, and it is based on the same rationale for using combinations of drugs to treat cancers,” says Papadopoulos, professor of oncology and pathology.

Papadopoulos, a graduate of Aristotle University of Thessaloniki and holder of a Ph.D from the University of Texas Medical School is at John Hopkins’ Sidney Kimmel Comprehensive Cancer Center.

The findings were published online by Science on Jan. 18.

British newspaper the Guardian reports that the test works by detecting free-floating mutated DNA, released into the bloodstream by dying cancer cells.

The test screened for the presence of errors in 16 genes that are frequently mutated in different kinds of cancer. The blood of patients was also tested for eight known protein biomarkers which are seen to differing degrees depending on where in the body a tumor is located.

In blood samples from 1,005 patients, the test detected between 33 percent and 98 percent of cases of disease. Ovarian cancer was the easiest to detect, followed by liver, stomach, pancreas, esophageal, colorectal, lung and breast cancers.

For the five cancers that currently have no screening tests – ovarian, liver, stomach, pancreatic and esophageal cancers – sensitivity ranged from 69 percent to 98 percent.

When the test was assessed on 812 healthy control subjects, it produced only seven false-positive results.