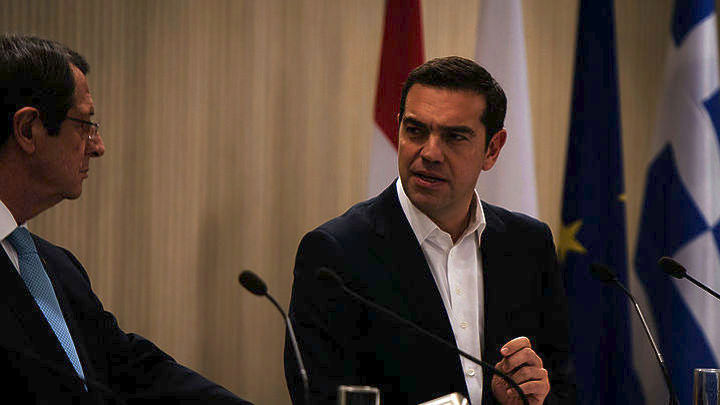 Greek Prime Minister Alexis Tsipras expressed optimism on Tuesday that after elections in Cyprus on Jan. 28, a window will open to resume the efforts for a solution to the Cyprus issue.
“We remain firmly committed to the resumption of the procedures for finding a just and viable solution to the Cyprus problem,” he said.
Tsipras met with Cyprus President Nicos Anastasiades on the sidelines of a first trilateral meeting between Greece, Cyprus and Jordan.
The Greek premier underlined that Jordan plays an important role for the region’s security and with respect to migration flows, adding that the strategy of cooperation has brought results.
The importance of the trilateral cooperation between Greece, Cyprus and Jordan was also highlighted by Anastasiades, who said Jordan could contribute to the refugee issue, as well as in matters relating to terrorism and the issue of Iraq.
Source: ANA-MPA