GRNews
GreekReporter.comEuropeAncient Greek Tragedy Adapted by Syrian Women, to be Staged in Berlin

Ancient Greek Tragedy Adapted by Syrian Women, to be Staged in Berlin 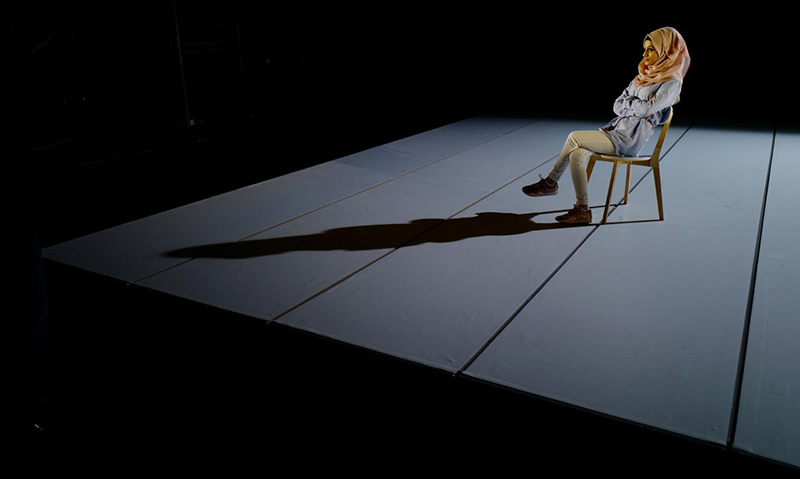 A group of Syrian women are adapting the Euripides’ tragedy “Iphigenia”, using a a play set during an ancient war to bring Berlin audiences closer to the plight of women driven from their homeland by conflict.

The play, staged this month and next in Berlin’s historic Volksbuehne, is an adaptation of Euripides’ 2,500-year-old story of a princess sacrificed by her father, the Greek King Agamemnon, to placate an angry goddess.

Nine Syrian young women living in Germany stood on the stage last Friday, telling their personal stories of escape and of their lives in a new country in this adaptation of a play set on the eve of Agamemnon’s 10-year war to capture the city of Troy.

It is the third part of an international theater project aimed at showing the lives of displaced Syrian women, inviting audiences to identify them as individuals rather than as refugees from a war-torn country. The first two episodes were performed in Jordan and Lebanon in 2013 and 2014.

More than a million migrants, many of them fleeing conflict in the Middle East, have arrived in Germany since mid-2015, and around a third of them are girls and women.

The adaptation was first performed as stories in September in the echoing halls of the former Tempelhof airport, which now serves as one of Berlin biggest refugee camps.

A similar event, an adaptation of Aeschylus’ play “The Suppliants”, will be staged in Istanbul, Turkey on March 8.