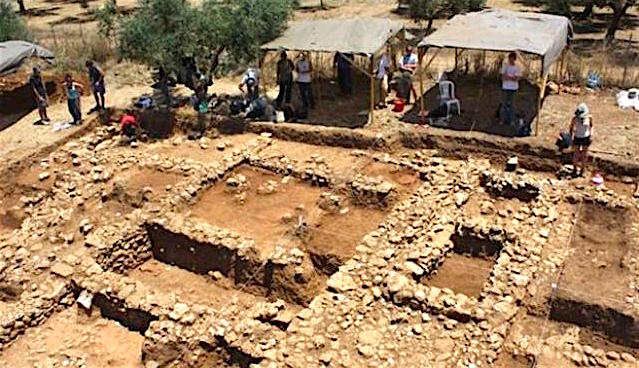 “The results of the excavations carried out by the Archaeological Society at Iklaina in Messinia have led us to revise our knowledge about the Mycenean states, with truly unexpected findings,” the head archaeologist in charge of the dig Prof. Michael Cosmopoulos of Missouri-St. Louis University said in an interview with the Athens-Macedonian News Agency (ANA) published on Saturday.
He noted that digs at Iklaina have revealed one of the capitals of the Mycenean kingdom of Pylos but the finds have radically changed what archaeologists believed until that time.
“Cyclopean architecture, developed urban structures (paved roads and plazas, water supply systems, central sewage), linear B signs, exceptionally aesthetic murals. On the basis of what we knew until now about Mycenean Greece, such finds were confined to the big palaces (Mycenae, Tirynth, Thebes, Pylos). The finds at Iklaina force us to reexamine the existing evidence from a new angle,” he said.
The finds also showed that Iklaina was at some point violently taken over by the nearby kingdom of Pylos while others indicated that it may have been part of an early federal state, like the current United States of America.
“Based on the linear B archives found in Ano Eglianos, which is considered the central capital of the Mycenean kingdom of Pylos, even though Iklaina was a secondary capital of the kingdom and under the authority of the central capital, it had some autonomy. For example, its own governor and its own economic production. Based on existing evidence, this system of governance was the most ancient version of a two-tier governance system: in other words, a central authority and subject semi-independent regions,” Prof. Cosmopoulos explained.
He noted that the Minoan and Mycenean kingdoms of ancient Greece were the first certified states of the western world and marked the transition from a world without states to a world where the state was the prevailing political institution.
(Source: AMNA)