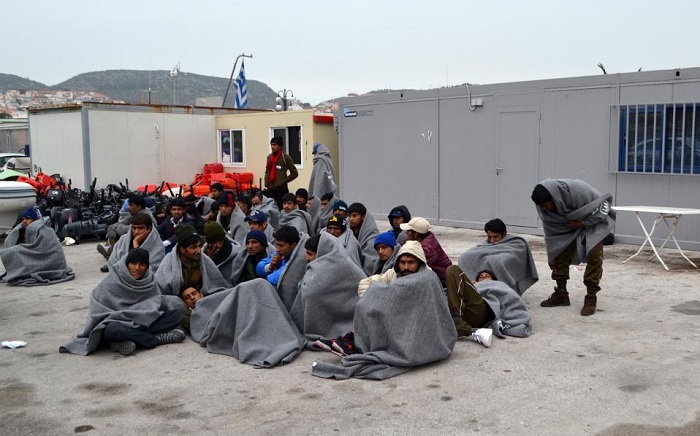 More than 13,500 asylum seekers remain trapped on the Greek islands in deplorable conditions as winter begins on December 21, 2017, Human Rights Watch said Thursday.
Greece, with support from its European Union partners, should urgently transfer thousands of asylum seekers to the Greek mainland, and provide them with adequate accommodations and access to fair and efficient asylum procedures.
The Greek government committed in early December to moving 5,000 asylum seekers from the islands to the mainland as an emergency measure, before the onset of winter.
Despite the transfer of almost 3,000 people since early December, the hotspots on Lesvos, Chios, Samos, Leros, and Kos still have almost 11,000 people in facilities with a total capacity of just 5,576. More than 1,000 people have arrived to the Greek islands during the same period.
“While Prime Minister Tsipras’s decision to move 5,000 asylum seekers from the islands to the mainland is beneficial for those moved, it is still a half measure that leaves thousands others out in the cold,” said Eva Cossé, Greece researcher at Human Rights Watch.
“It’s an important start but more is needed, including support from other EU governments, to make sure that no one has to spend the winter in a freezing tent.”
Poignant testimonies from the ground provide a gripping look into the dire situation and distress of asylum seekers who are trapped on the Greek islands.
In a campaign that began on December 1, 13 human rights and aid organizations called on Tsipras to end Greece’s policy of containing asylum seekers on the islands.