Greeks, Cypriots with Roots in Alexandria to Visit Egypt After Diaspora Deal 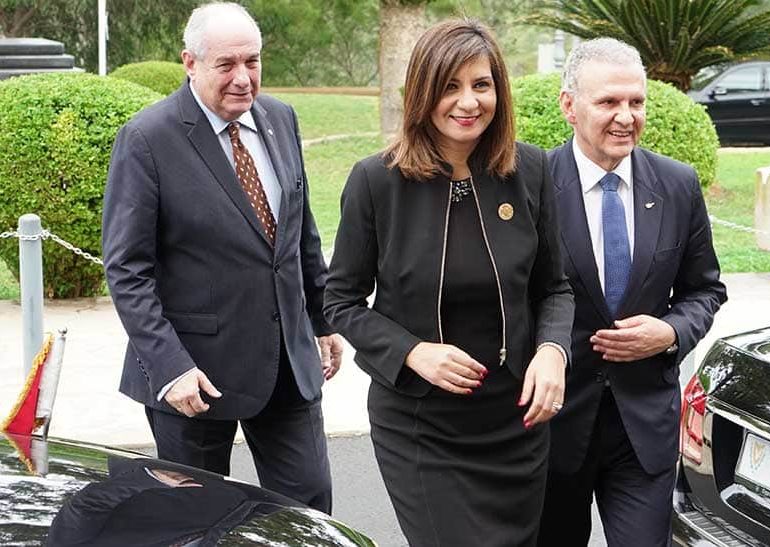 Cyprus, Greece and Egypt have signed a cooperation protocol that aims to bring Cypriots and Greeks; who used to live in Alexandria, back to the city, under the auspices of the “Nostos” project.
The project is an initiative of Egyptian Minister of Immigration and Expatriates Affairs Nabila Makram, who visited Cyprus, along with Greek Deputy Minister of Foreign Affairs Terence Quick for consultations with Cyprus’ Presidential Commissioner for humanitarian affairs Photis Photiou, as part of the tripartite cooperation of the three countries on diaspora issues.
Photiou said it was a historic moment for the three countries, since it was the first time that cooperation on diaspora was achieved and the first time the three countries decided on a common strategy and joint actions.
The Nostos programme aims at gathering Cypriots and Greeks or their descendants in Alexandria, for a return trip to the place where they or their ancestors lived.
He added that a number of other issues had been agreed on but for diaspora youth there was a need to have better cooperation between universities, so as to offer scholarships to young people of the three countries.
There has already been strong interest from Greeks and Cypriots who wish to participate in the project, Makram said.
Source: Cyprus Mail