GRNews
GreekReporter.comGreeceReligious Tourism Booms in Greece: The Island of Patmos

Religious Tourism Booms in Greece: The Island of Patmos 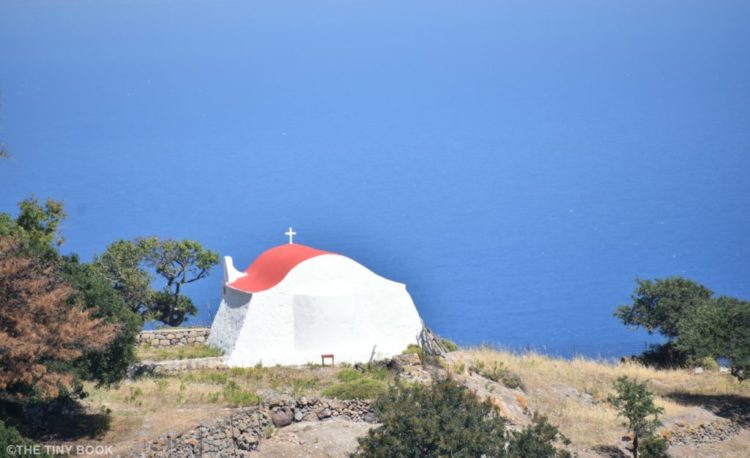 Religious tourism is a growing slice of the touristic industry. It’s a kind of tourism that can either strengthen personal faith or help discover new cultures and traditions. Religious tourism creates awareness of the importance of preservation of holy monuments and historical buildings.
However, religious tourism is not something new. Over the course of history, mankind has witnessed mass pilgrimages to remote spiritual centers to make sacrifices, pray for better crops and even beg for mercy. Greece has been a theater for religious tourism since the ancient times, when people would travel to distant temples to take part in celebrations in honor of the Gods.
The Christian era left a plethora of monuments all over the country. Places attracting thousands of tourists for reasons that range from authentic devotion to mere curiosity. The island of Patmos is one of those religious destinations.

Patmos, the island of the Apocalypse

Patmos is an island in the Dodecanese with a growing trend in religious tourism. Each year receiving more visitors interested in discovering the spiritual places of the island. Many of these arrive with cruise ships, and visit the island in a day or two. Some others spend weeks on the island after falling in love with its amazing landscapes. Patmos surprises with its impressive whitewashed Chora (main town), dominated from atop by the Monastery of Saint John the Theologian. However, religious places in Patmos include solitary chapels, secluded hermitages and caves. All these made Patmos gain the nickname of Island of the Apocalypse.

The Cave of the Apocalypse

Also receiving the name of Jerusalem of the Aegean, the Orthodox tradition defines the island with the term Theovadis, meaning the land on which God has walked. The Cave of the Apocalypse, is a sacred grotto where, according to religion, John the Evangelist lived during his exile, a period during which John is said to have had a Revelation that inspired the Apocalypse, or Book of Revelation. Visitors of the cave can admire the narrow space where John spent his days, and the triple crack God made when he spoke to the Evangelist is clearly visible on the rock.

The Monastery of Saint John the Theologian

Higher in altitude, the giant Monastery of Saint John the Theologian dominates the landscape of the island. Built on top of the ruins of a Paleochristian church, the buildings resembles a medieval castle rather than a monastery. The construction is austere on the outside, but full of graceful patios and yards on the inside. When seen from the distance, the white Chora immediately under the fortification makes a deep contrast against the darker walls of the monastery.
Inside the main church, there is a golden wood iconostasis and a magnificent fresco of Christ Pantocrator, while the museum hosts valuable liturgical artifacts and historic manuscripts. The library; which is not open to the public, is home to manuscript codices and thousands of documents about the history of Patmos and the monastery. The oldest one; the “Purple” code, dates back to the 6th century.

Other religious spots to visit in Patmos

Another religious place people prefer to visit, is the Hermitage of the Prophet Elias, located 269 meters above the sea level. Almost every island in Greece has a mount named after Prophet Elias. Truth be told, this is a toponym indicating the highest of places, the one closest to the sun (Ilios).


After a winding flock of stairs, when reaching the summit, the landscape beneath pays back the efforts. Blue skies and an endless sea stand out against the immaculate walls to the shrine.
Patmos is also home to three female monasteries, the best-known one the Holy Monastery of the Nuns of the Annunciation, or also Evangelismos. A convent dedicated to Saint Luke the Evangelist. Inside, the Church of Evanghelistrias, surrounded by beautiful gardens. Over forty nuns live in the Monastery nowadays, where they devote their lives to prayer, beekeeping, and gardening, while their main activity; Byzantine technique of embroidery, goes under the name of spitha (spark).