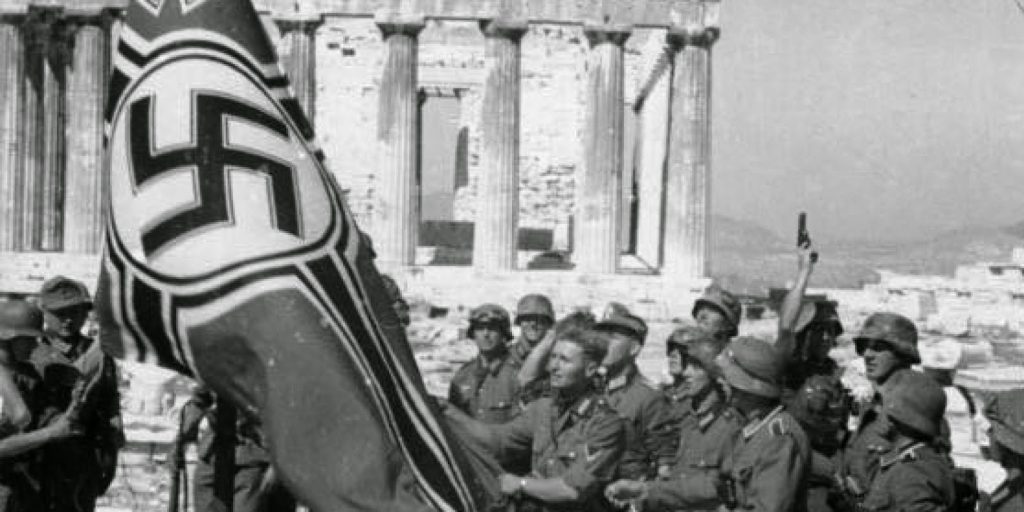 Two German researchers claim that Germany owes Greece 185 billion euros in World War II reparations, of which less that 1 percent has been paid.
German daily Sueddeutsche Zeitung reviewed a book called “Reparation Debt Mortgages of German Cccupation in Greece and Europe”, in which historian Karl Heinz Roth and researcher Hartmut Rubner, present documents of the dispute and conclude that, even though Berlin claims the war reparations issue was resolved in 1960, in fact nothing has been done about it.
According to their calculations, based on the study of mainly German documents, the total debt to Greece is 185 billion euros.
The book says that a U.S. alliance with the power elites of West Germany have denied Greece’s claims and ignored demands for war reparations.
While Greece claimed damages of 7.2 billion U.S. dollars at the Paris Reparations Conference in 1946, Athens was granted 25 million only.
Athens has claimed reparations, as the German occupation (1941-1944) literally destroyed Greece’s economy, infrastructure and currency.
On top of that, 140,000 Greeks died of malnutrition during the horrifying three and a half years the Nazis were in Greece. However, later claims by Greece were arrogantly rejected by German diplomats.
In 1960, Athens received 115 million German marks based on the London Treaty of 1953. Yet, that was a joint effort with other European countries that suffered from the WW II Nazis.
In the book, the two researchers note that Greece’s relationship with the German Federal Republic was erratic, based on asymmetric power relations.
The attitude of Germany towards Greece in regards to war reparations, did not change when the two Germanies reunified in 1990, and the 2+4 Treaty, the two writers say. At the time, German Chancellor Helmut Kohl diplomatically avoided Greece, and put the reparations issue permanently on hold.

Greek Ingenuity: How to Cross a Flooded Street in Athens