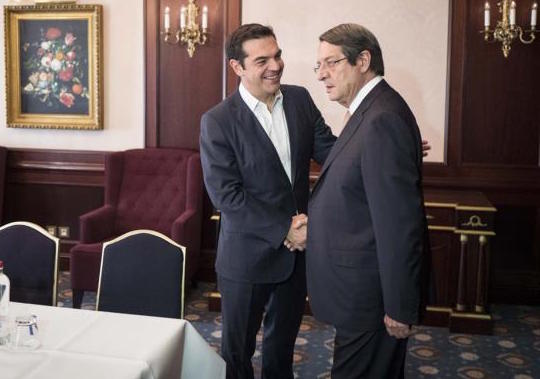 President of the Republic of Cyprus, Nikos Anastasiadis, and Greek Prime Minister Alexis Tsipras, met on Thursday on the margins of the European Council Summit in Brussels and agreed that a good preparation of a new conference on Cyprus is necessary.
According to the Deputy Government Spokesman, Viktoras Papadopoulos, the Prime Minister briefed the President on the talks he recently had in Athens with Turkish President Tayip Erdoğan.
Deputy Spokesman told the press that the President of the Republic expressed his satisfaction on the principled positions the Greek Premier conveyed to the Turkish President, as regards the international aspect of the Cyprus problem.
(Source: AMNA)