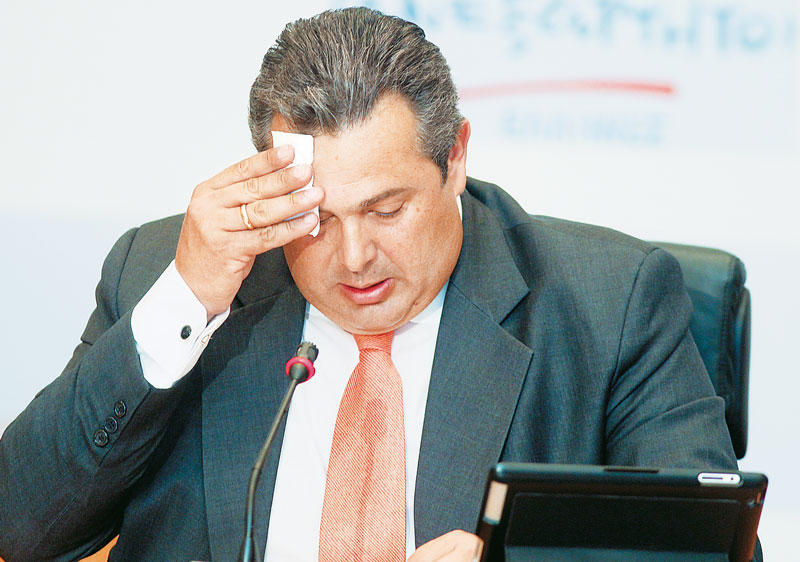 The issue of the sale of 300,000 surplus Greek army projectiles worth 66 million euros to Saudi Arabia has started to smell like a scandal, as Defense Minister Panos Kammenos has not followed proper procedures for the transnational agreement.
The law explicitly states that an official transnational agreement is required for any defense procurement. No individual may sign on behalf of any party unless they are an official authorized representative of a State.
The ammunition sale talks started in June, when the Greek Ministry of Defense began negotiations with Riyadh for the sale of the projectiles. Kammenos had informed the House about the sale negotiations and political parties agreed for the transaction to proceed according to the law, that is for both states to agree on a transnational deal, without intermediaries.
However, a man under the name Vassilis Papadopoulos appeared suddenly acting as representing the Kingdom of Saudi Arabia.
According to a document published by Ta Nea newspaper, the Minister of National Defense was informed in writing on June 12, 2017 by the Greek Consul in Saudi Arabia, Ilias Klouvatos, that Saudi authorities were unaware of who Papadopoulos was, and asked for the agreement to become government to government (directly between the two governments, with no intermediaries).
However, just one day after the formal briefing by the Greek Consul (June 13, 2017), the Defense Minister ordered that the C-27 aircraft be used by a representative of his who met Papadopoulos at Mikra airport in Thessaloniki and signed the agreement with him on the spot, the report said.
Several questions arise over the shady deal, such as why Greek authorities did not investigate into the role of Papadopoulos, and whether he was indeed representing the Kingdom of Saudi Arabia. Why did Kammenos present him as a representative of Saudi Arabia and not as intermediary?
Another question is why the Ministry of Foreign Affairs did not get involved in the transaction since this was a transnational deal? Furthermore, why did the ministry ignore the Greek Consul in Riyadh who said that Papadopoulos is not a representative of the Saudis? It should be noted here that, allegedly, Kammenos had stated that he does not trust the Greek Consul and deals only with the military attache of the Consulate.
Finally, a point that needs to be stressed is that Papadopoulos had been convicted for smuggling in 2014. Now, how likely is it that a man who has been convicted for such an offense would have been chosen by the Saudi government to represent them?
But the main question here is why did the Defense Minister chose to make a deal with the Saudis, without the proper transparent procedures that are required?