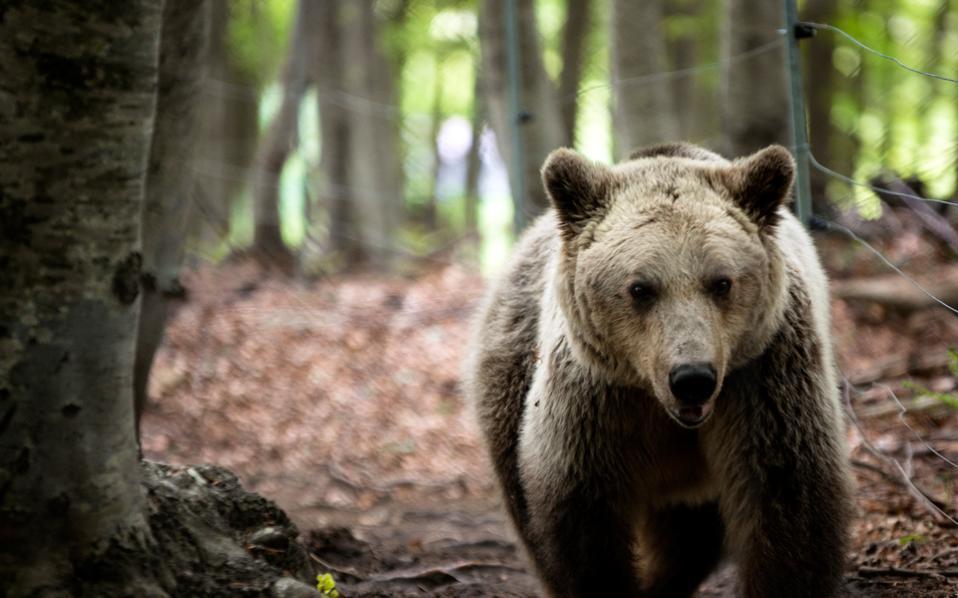 The brown bear conservation group “Arcturos” on Friday announced that it had successfully rescued a bear caught in an illegal snare that was set for wild boars.
The bear was spotted deep inside the forest of North Pindos National Park in Grevena; near a village called Perivolaki, by a member of the Grevena hunting association, who was returning from an outing of collecting mushrooms.
The hunter alerted “Arcturos” and the Grevena forestry department, which sent two forest rangers and activated the protocol for instances of human-bear interaction.
Greek authorities also alerted the environmental group “Callisto”; another organisation specializing in the protection of brown bears, the 6th Macedonia-Thrace Hunting Federation and the Vikos-Aoos and Pindos National Parks Management Body.
The above agencies collaborated in an operation to free the bear from the trap on Thursday morning.
Experts said the bear had been caught in the snare for at least 24 hours and showed clear signs of dehydration and stress, which would have resulted in death through exhaustion or even drowning in a pool of mud within a few hours.
It was freed after an Arcturos vet gave it an anesthetic to render it unconscious so that the wire snare could be removed without further aggravating the injury around its neck. It was also fitted with a radio collar so that its location can be tracked.
The forest rangers and hunters’ federation, meanwhile, scoured the surrounding area for more illegal boar traps; finding and destroying six.
This was the third incident in which a bear was caught in a trap set for boars in the last two years.
(Source: AMNA)