By Tasos Kokkinidis
November 14, 2017
Facebook
Twitter
WhatsApp
Linkedin
Email
The mayor of Thessaloniki said the city is getting ready to uncover more Ottoman heritage — including mosques and baths — and plans to build an Islamic art museum.
Speaking to Turkish news agency Anadolu, Yiannis Boutaris said that “You cannot build the future without knowing your past.”
“What we did was to make this history visible again. This history was hidden. It was hidden because the Greeks were misinformed about the Turks,” Boutaris said.
The mayor of Greece’s second-largest city is now demanding the Greek Ministry of Culture take over five historical buildings dating from the Ottoman period in the city to bring in tourism.
“We are aiming to restore and open them to the public,” he said.
The Alaca Imaret Mosque — which dates back to the 15th century — was among the buildings the mayor wanted to rehabilitate. 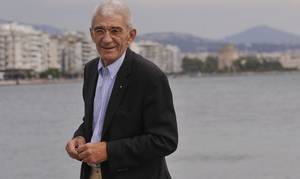 Boutaris also said he intended to build a permanent exhibition of Islamic arts, describing it as an Islamic art museum, to underline “the existence of the Ottoman traces”.
“I always say we are brothers with the Turks. We have the same history and the same culture. We fought each other a lot of times, but the past must be left behind,” he said to Anadolu Agency.
Over the past few years, the Greek city of Thessaloniki has been a popular destination for Turkish tourists.
The house of Kemal Ataturk – the founder of the modern Turkish nation- is a magnet for thousands of Turks. Especially on the occasion of Kemal’s anniversary; which is celebrated in Turkey every year on the 10th of November, Thessaloniki is flooded by tourists from the east.
In 2014 in particular, the Turkish consulate in Thessaloniki; where the house of Kemal is based, had over 120,000 Turkish visitors.