PM Tsipras: The Third Programme Review will be Concluded Without Additional Measures 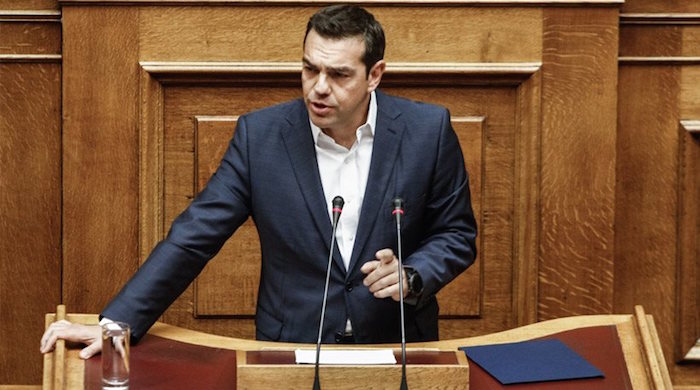 The government is fighting to restore stability in the economy and to take the country out of supervision, Prime Minister Alexis Tsipras said on Wednesday during his speech at SYRIZA’s parliamentary group.
Tsipras said the government’s efforts are directed towards the following targets:
– Dealing with the devastating consequences on the economy and society of a long period of a catastrophic crisis and incredibly tough and failed programmes.
– Restoring stability to the economy.
– Taking Greece out of supervision and memoranda.
– Creating the conditions for new, fair, and sustainable development.
All economic indicators show that the prospect of recovery is now firmly established.
Economic confidence has been strengthened, as have exports, investments, competitiveness and economic activity, he said.
“The third programme review will be concluded without additional measures,” Tsipas noted.
Moreover, he said that the government will proceed with the distribution of a social dividend to support the weaker and most vulnerable social groups that will be higher than that of last year.
(Source: AMNA)