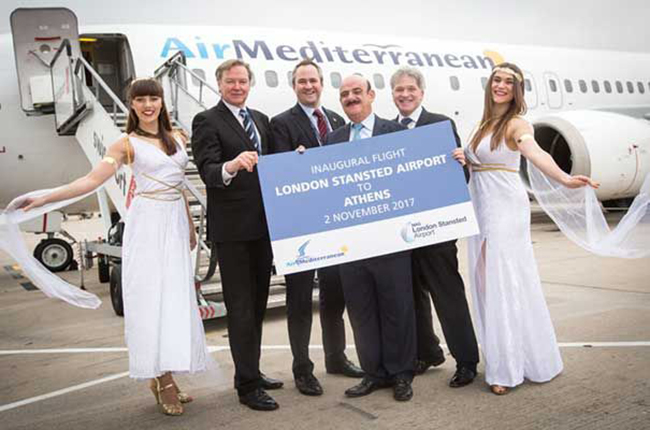 The service is the airline’s first UK scheduled destination and will operate up to four times a week using the carrier’s fleet of Boeing 737 aircraft.

Fares start from £135 with a return ticket to the Greek capital and include allocated seating, a 23 kg baggage allowance and complimentary inflight meals.

Stansted’s aviation director, Mats Sigurdson, said: “We are thrilled to welcome Air Mediterranean to London Stansted as they launch their first UK services. This is great news and adds even more choice of airline to the already extensive European network on offer at the airport.”

Air Mediterranean owner, George Hallak, said: “We are delighted to be launching our first scheduled services from Athens and expect the routes to be a remarkable success.”

Convenient flight times from London Stansted will also provide passengers with Air Mediterranean’s onward connections via Athens to the Middle East and Africa.

Air Mediterranean‘s plan is to cover the gaps between countries with poor or no connectivity, introduce new destinations to the markets and link Europe with the rapidly expanding markets of Middle East and Africa, using Athens as a Hub.