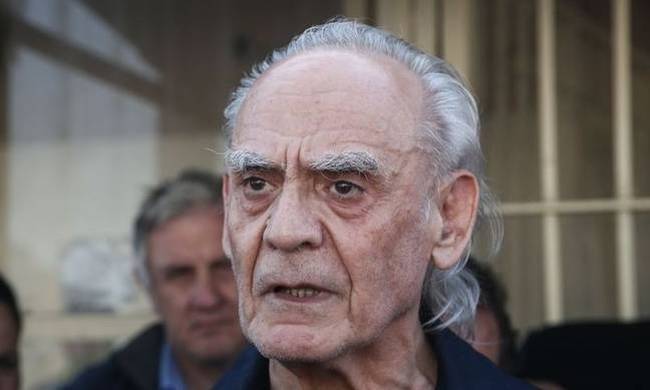 The Five-Member Court of Cassation, has decided on the confiscation of all properties and bank accounts of former defense minister Akis Tsochatzopoulos, and 12 others involved in armament kickbacks.
The court has also ordered a compensation of 1,570,000 euros in favor of the State, the lion’s share of which (1 million) is asked from Tsochatzopoulos.
The property of Akis Tsochatzopoulos was blocked, while three properties of his daughter, Areti Tsochatzopoulou, were released, along with accounts totalling 15,000 euros and valuables such as jewelery with sentimental value.
The house of Tsochatzopoulos’ wife, Vicky Stamati, in Halandri was also released. Also three properties and a land plot were released to Gündrund Moldenauer (ex-wife of Tsochatzopoulos) since she had returned 1,263,000 euros to the State.
Stamati, through her lawyer, announced she will ask for a divorce. She will also return to prison, along with Tsochatzopoulos’ daugter, Areti, to serve the remainder of their sentences.