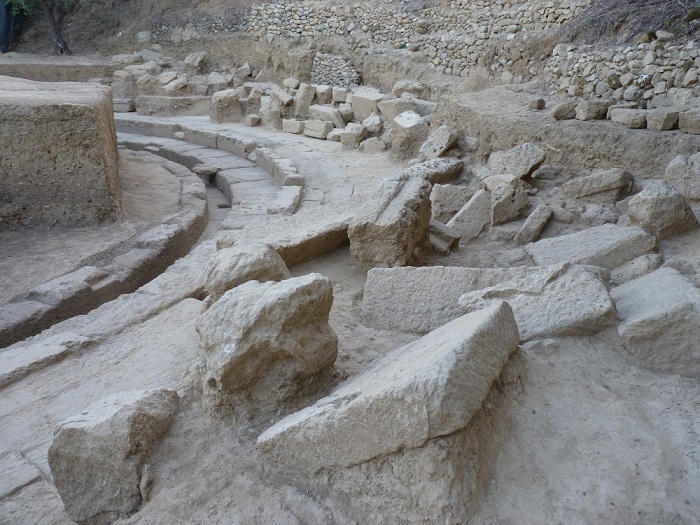 Greek archaeologists have unearthed part of the ancient theater of Thouria near  Kalamata city in the Peloponnese, the Culture Ministry announced on Thursday.
The first remains of the ancient city theater, which dates back to the 4th century BC, came to light during excavations in the summer of 2016.
During excavations in the summer of 2017, archaeologists uncovered the perimeter of the theater’s orchestra and several rows of stone seats. The orchestra perimeter is 16.3 meters long and three parallel grooves around it suggest the stage was movable.
Excavation on the site started ten years ago and it has been identified by epigraphic finds that mention the name of the ancient city, and references made by ancient Greek geographers Pausanias and Strabo.
Thouria’s theater is oriented to the west, overlooking the vast plains of Messenia, known in ancient times as “Makaria” (Blessed, Blissful), and in the distance, to the southwest, the sea of the Messenian Gulf, which in ancient times was called “Thouriates”. 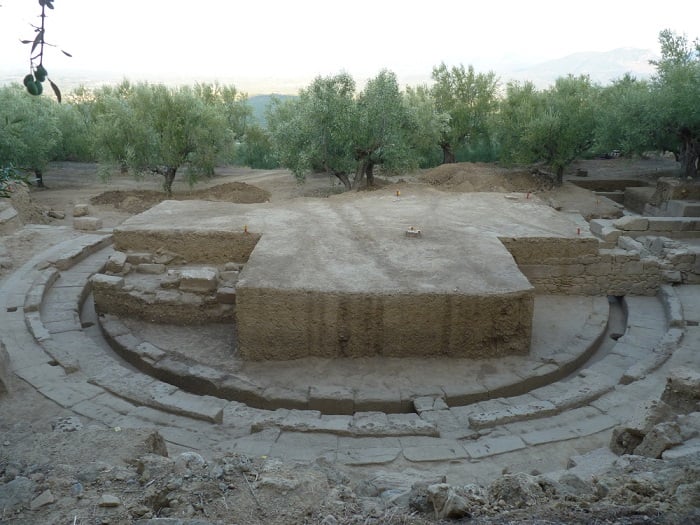 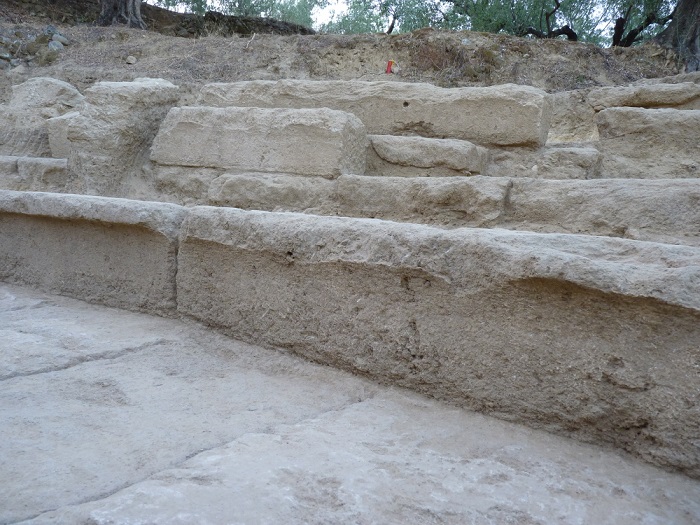 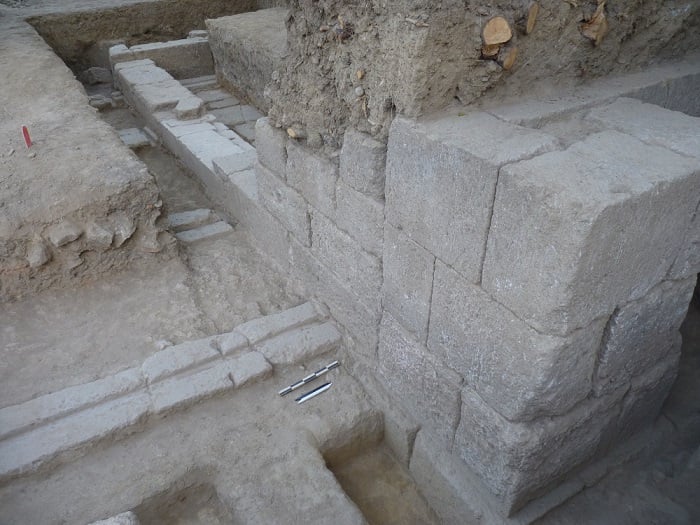