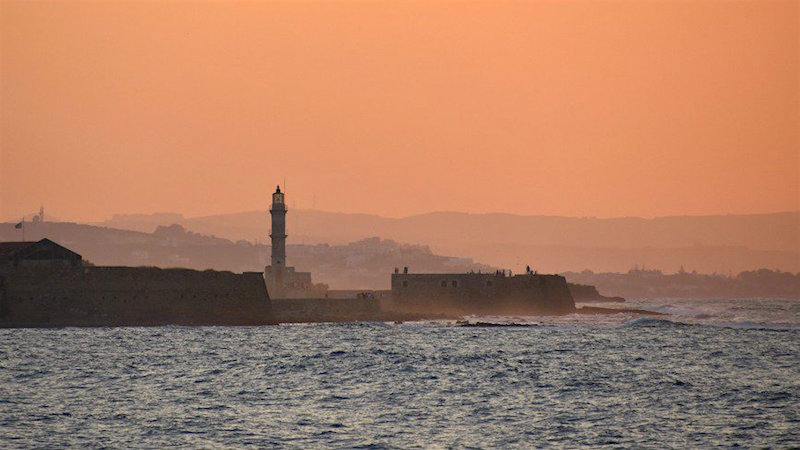 Chania is one of the largest cities of Crete, second only to the capital of the island, Heraklion. Busy and full of life; Chania is also an eclectic old town and a favorite of many returning visitors. The traditional sights of Chania combine landscapes made of different styles and eras; all of which bear a clear influence from the many civilizations that have ruled Crete throughout the centuries.
Due to its mild year round climate, Chania is the perfect holiday destination in all four seasons. Here are our top most traditional sites to visit in Chania:


The Old Venetian Port of Chania, is a colorful seaside walk lined up with elegant residences that once belonged to important Venetian rulers. Some of these have been turned into exclusive boutique hotels that boast magnificent views of the port and the lighthouse. Not many know, however, that Chania was also home to a lively Jewish community. The Ezt Hayyim synagogue, a few meters from the port, is a clear reminder of the city’s Jewish past.
The pinkish domes of the Mosque of the Janissaries are right across from the lighthouse and are a trademark of the city.

Walking past the mosque, the coast continues to the New Marina. This wide promenade is dotted with traditional taverns as well as with very popular pubs and restaurants. In the same area, the Arsenals are an impressive memory of the powerful Venetian fleet during the fourteenth century.

Tiny alleys at the back of the new port lead to the traditional corner of Splantzia; a neighborhood that to this day maintains a unique atmosphere. In the main square; Plateia 1821, the visitor will get a view of the church of Agios Nikolaos, a vivid metaphor for the city. The church dates back to the Venetian era, and it also boasts a huge Ottoman minaret as well as an Orthodox tower bell; all on the front of the building.


The current church used to be part of a Dominican monastery, but was transformed into the Mosque of the Ruler during the Ottoman occupation.
The square is home to traditional kafenia, where home-made dolmades and kolokithokeftedes (courgette fritters), together with a glass of raki or a cold beer are still the chosen meze and beverage.
Also known as the Turkish quarter, Splantzia has played a fundamental role during the population exchange with Turkey. In fact, this was the area where the Greek immigrants coming from Asia Minor settled at the beginning of the past century. Today it has become a somewhat artistic angle in town. Splantzia is home to libraries; literary cafés; wine tasting venues, and alternative eateries.

Not far from Splantzia lies another landmark of the city known as the Municipal Market of Chania. The local Agora opened its doors in 1913; as part of the special celebrations that took place, when Crete united with Greece. The market is home to shops and stalls that sell fresh local farm products.


At the Agora; one of the largest markets in the Balkans, you will find a great variety of products including an assortment of Cretan cheeses; mountain herbs; honey; olive oil; vegetables; fresh meats and fish, and so much more.

Not far from the market there’s a street known as the road of leather or more simply, Stivanadika.  In the past, it was here that local artisans sold their handmade boots stivania; the traditional Cretan boots. Today Stivanadika is filled with colorful leather bags and shoes, but although only a few of the original shops are still around, you can still find fully customized Cretan boots.


A few steps away you will find Halidon Street,  which houses the magnificent Cathedral, which is located in Mitropoleos Square. The building; which dates back to 1863, used to be a soap factory during the Ottoman rule. Next to the church, are the remaining domes of a nearby hammam and close by, is the semi-hidden Catholic church – part of an old Franciscan convent – as well as the Archaeological Museum of Chania.
A few steps ahead is Sintrivani square, which is right next to the Old Venetian Port; one of the most beautiful sights of the city, and one of the prettiest harbors in the Mediterranean.