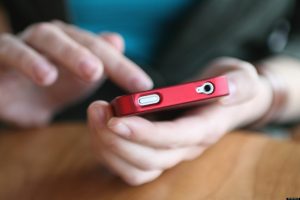 A new mobile phone application that allows visitors to discover the Etz Hayyim Synagogue in the old city of Chania in Crete and learn more about the Jewish heritage on the island was presented at the synagogue on Tuesday.
“This free tourist application will constitute an important tool, allowing users immediate access to the rich history of the Jewish community of Chania and Crete,” the Chargé d’Affaires of the Embassy of Canada in Greece, Julie Crôteau, said during the presentation adding that the Chania synagogue is an important symbol and sample of the Jewish community on the island.
On her side, the Chargé d’Affaires of the Embassy of Israel in Greece, Tammy Ben-Haim, said it is important for people to know the history of this Jewish community in Crete which dates back 2,000 years.
The app was developed by the Stavros Niarchos Foundation Centre of Hellenic Studies at Simon Fraser University in Vancouver, with the support of the Canadian and Israeli embassies and the Etz Hayyim Synagogue.
Later in the evening, members of the Greek Jewish community and other officials attended a ceremony to commemorate the Cretan Jews who were killed by Germans during World War II, at the monument of the “Tanais” ship victims.
On May 1944, the Nazis gathered about 300 Jews from Chania and other parts of Crete as well as other Cretans, members of the resistance, and some Italians, whom they ordered on the “Tanais.” On their way to the mainland, the ship was torpedoed and all passengers were killed.
Source: ANA-MPA