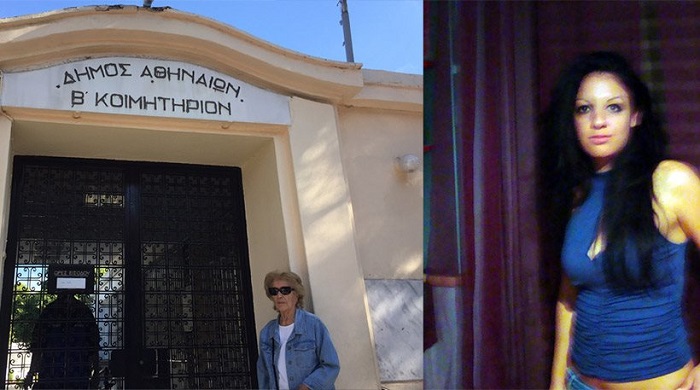 Mystery surrounds Wednesday’s murder of Greek tax officer, whose body was found in pool of blood in the courtyard of the Athens Second Cemetery in Rizoupoli, western Athens.
Police are investigating all possible motives, and the father of the slain woman has asked the Greek authorities to release all records of tax cases his daughter was investigating.
“My daughter worked with SDOE [the Finance Ministry’s Financial Crimes Unit] for about six years and handled heavy-duty cases like the Lagarde list,” said the father, referring to a list of Greeks with large deposits in Swiss banks.
32-year-old Dora Zemberi was stabbed at least four times in the chest and there were signs that she fought with her assailant, police said.
Zemperi regularly visited the grave of her former fiancé, who was killed last May in an accident.
The bereaved father added that he does not know of any serious personal disagreements his daughter may have been involved in, and believes her murder was probably carried out by a contract killer.
Responding to the father’s request on Thursday, the head of the Independent Authority for Public Revenues, Giorgos Pitsilis, said that his agency is cooperating with law enforcement authorities investigating the murder.