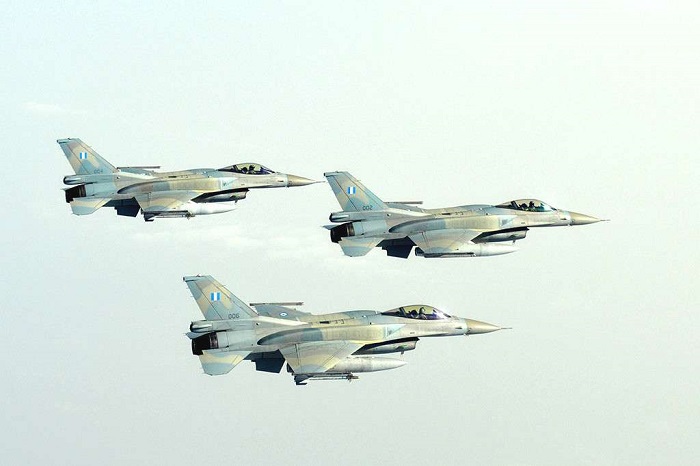 The United States has approved the possible sale of more than 120 upgrade kits from Lockheed Martin to the Greeks for their F-16 fighter jet fleet.
The deal, worth $2.4bn, was announced as U.S. President Donald Trump met with Greek Prime Minister Alexis Tsipras in Washington, D.C. 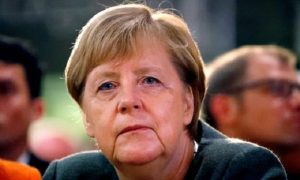 Trump, who has repeatedly criticized NATO countries for not meeting the alliance’s defense budget targets, applauded Greece for meeting the goal of each member spending two percent of their gross domestic product on their military and highlighted the F-16 upgrade plans.
“They’re upgrading their fleets of airplanes – the F-16 plane, which is a terrific plane,” Trump said ahead of a bilateral meeting. “They’re doing big upgrades.”
“This agreement to strengthen the Hellenic Air Force is worth up to 2.4 billion U.S. dollars and would generate thousands of American jobs,” Trump said during his joint press conference with Tsipras.
Greek Defense Minister Panos Kammenos sought later to downplay the cost of the deal for Greece. In a message on twitter he said that the cost to Greece will be 1.1 billion euros. “The ceiling in the budget for the upgrading of the F-16 is 1.1 billion euros”, he said.
“The rest will come from aid programs and offsets”, he added.
According to the U.S. Defense Security Cooperation Agency (DSCA) there are currently no known offsets. However, Greece typically requests offsets. Any offset agreement will be defined in negotiations between Greece and the contractor, Lockheed Martin.
In a press statement DSCA says that the complete package includes the necessary components to bring 123 of Greece’s existing F-16C and D fighter jets up to Lockheed Martin’s new F-16V standard, which the company first introduced in 2012.
The updates include, among other things, new mission computers, navigation systems, multifunction displays, Advanced Identification Friend or Foe (AIFF) transponders, and the Link-16 tactical data link.
Follow the link for the DSCA announcement : greece_17-54