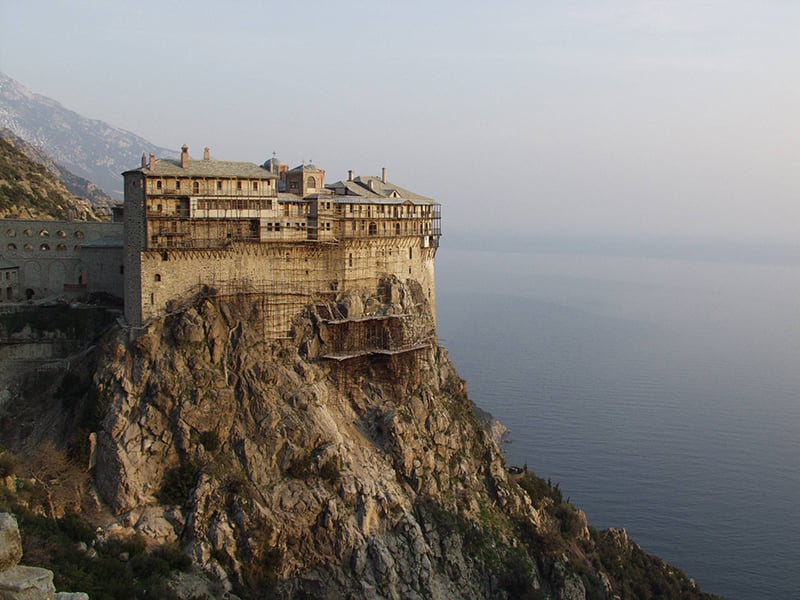 Orthodox monks on Greece’s Mount Athos have vowed to uphold their centuries-old ban on all female visitors, after a new government-sponsored gender identity law enabled citizens to change their gender at will.
“In light of this legislation, we wonder what future is left to us”, heads of the peninsula’s 20 monasteries wrote in a letter to the Greek government. “It is another violation of God’s law, just like existing legislation which permits cohabitation agreements between same-sex couples and governs religious education in our schools.”
The monks are reacting to the law, enacted overwhelmingly on October 10, which allows Greeks aged 15 and over to redefine their gender irrespective of how it was recorded at birth.
The measure was also condemned by the Greek Orthodox church’s governing Holy Synod, which said it would “affront society, torpedo the sanctity of the family, undermine Christian values and common sense, and above all destroy human beings.”
Among other Orthodox church reactions, Metropolitan Kosmas of Aetolia told MPs in a letter the “unnatural law” would “foster depravity”, while Metropolitan Nikolaos of Phthiotis branded it a “satanic deed”, which would would “inflict blasphemy on the human body”, adding that supporters were attempting to turn Greece into “a state of sin.”