12 October 1944: Joy Overflows in the Streets of Liberated Athens (video)

Athens commemorates the 73rd anniversary of its Liberation from the Nazi Occupation with a series of events that will take place throughout October in various cultural venues across the city.
Traditionally, Greeks celebrate the historic ‘OXI Day‘ on October 28, when Greece entered the Second World War. However, over the last few years October 12, 1944; which is the day Greece was liberated from the Nazis, is becoming more prominent in the calendar of modern Greek history.
Since 2014, Greek authorities have been trying to make the Liberation Day as equally important in collective memory as ‘OXI Day‘. 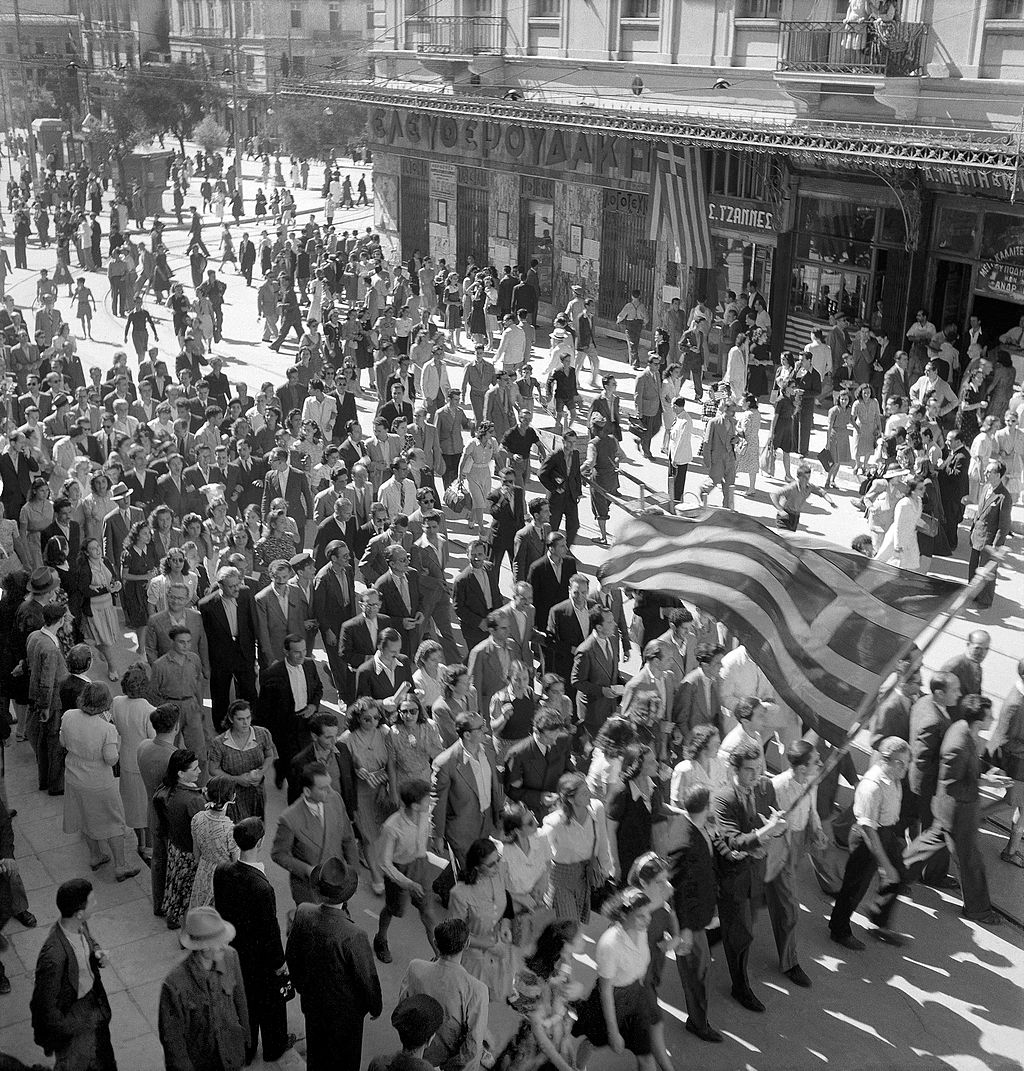 New photographs and footage have surfaced in recent years that highlight the enormous relief Athenians felt on that day when the last German troops departed from the Greek capital.

Greek flags and bell-ringing overflowed the capital, while crowds of people flooded the streets and the squares, celebrating with enthusiasm.
The British troops were enthusiastically received a couple of days later, while celebrations culminated on October 18 with the arrival of the exiled government of national unity, led by George Papandreou. 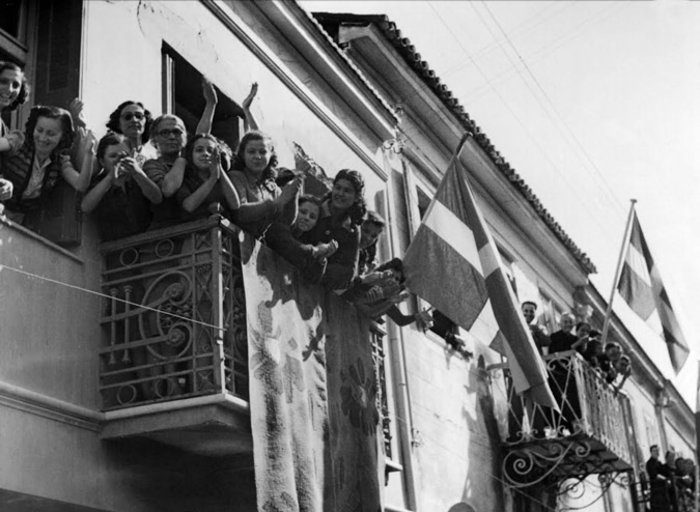 British Magazine The Spectator reported as follows:
“Unbounded enthusiasm from the population, of liberated Athens greeted the British forces which arrived there on Saturday and subsequent days—the parachutists and glider-borne troops which descended on an airfield near the city, and the troops which were landed from warships at the Piraeus. […]
Beneath the exuberant joy of the liberated people lies profound suffering caused by years of hunger, poverty and oppression. First must come food, medical comforts and clothing, and then other supplies of many kinds to take the place of what has been stolen, destroyed or worn-out. Greek currency has become valueless. Trade is almost at a standstill. The con- fusion of politics must not be allowed to stand in the way of the ordered government which is indispensable to rehabilitation. The people of Greece today are full of gratitude and friendliness to Great Britain. We, equally, owe a debt to them for their splendid stand in the past and their courage in the period of occupation.”

Homer's Odyssey, ancient Greece's most well-known epic poem, is officially the most influential story to have shaped the entire world.
Europe