Exclusive: Congressman Bilirakis on What President Trump and Greek PM Tsipras Will Discuss at the White House 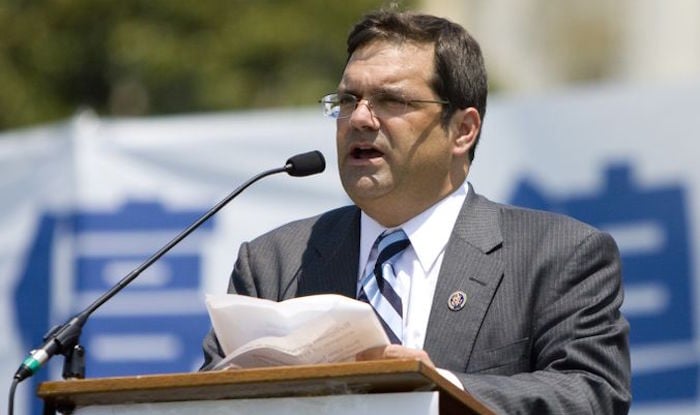 “I ‘ll always help Greece and the US come closer” says Greek-American representative Gus Bilirakis in an exclusive interview with Greek Reporter’s Anastasios Papapostolou, shedding light on the US agenda and Greece’s hopes for help from President Trump ahead of a White House visit by Greek Prime Minister Tsipras.

A Republican representing Florida’s 12th district, Gus Bilirakis has been instrumental in creating ties between the Greek government and the new Trump White House.

The proud Greek-American congressman said that the US is interested in the extension its military base in Souda and Crete for five more years.

He added that the US administration will also be reiterating a long-standing request for the establishment of a couple of more US bases in Greece, one on the island of Karpathos and another probably in Northern Greece.

Bilirakis noted that both the Greek-American community and US businessmen will be interested in investments in Greece, at a time when the financial crisis is still affecting Greece.

As for the Greek agenda in the upcoming talks, the congressman believes that foreign policy issues, such as the Cyprus talks, which Turkish PM Erdogan is obstructing and the FYROM name issue, will probably be primary topics of discussion.

Bilirakis believes President Trump will be open to discuss the reduction of Greece’s debt, although as a candidate he believed it to be a European issue. He added that Secretary of State Rex Tillerson was very sympathetic towards Greece on this issue, before he was appointed.

Watch the full interview below:

At 54, Gus Bilirakis is the U.S. Representative for Florida’s 12th congressional district, serving since January 2007. He is a member of the Republican Party.

He was born in Gainesville, Florida and grew up in Tarpon Springs, Florida, the son of Evelyn (Miaoulis) and Michael Bilirakis. He calls nearby Palm Harbor home.

He is the grandson of Greek immigrants. His grandfather owned a local bakery where Bilirakis worked from a young age. He attended Tampa Bay area public schools and continued to work in his grandfather’s bakery while growing up.

Bilirakis has a Tampa Bay area law practice, the Bilirakis Law Group, specializing in probate and estate planning, which he took over from his father Michael, who served in Congress from 1983 to 2007, and Gus helped run his campaigns.

Elon Musk is developing a mobility-enhancing solution for people with paralysis and other neurological conditions and disabilities.
Art