US Naval Base at Souda Prominent in Trump-Tsipras October Meeting 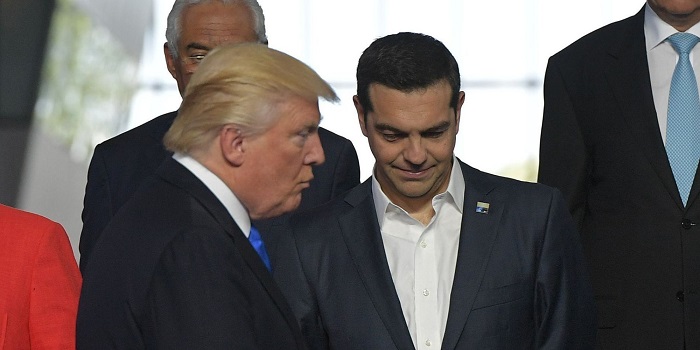 The future of the US Naval base in Souda, Crete is expected to dominate talks between US President Donald Trump and Greek PM Alexis Tsipras at their forthcoming meeting in Washington DC.
The date of the Greek premier’s visit has not been officially announced, but according to reports it is almost certain that it will take place on October 17.
As mignatiou.com reports from Washington, the US has repeatedly called for a five-year agreement to be signed between the two sides for the base.
The Americans are eager to close the deal, because of the problems that Turkey’s president, Tayyip Erdogan, is creating in eastern Mediterranean, mignatiou.com says.
Discussions at the meeting are also expected to focus on the migrant crisis and developments in the Balkans and Middle East.
Tsipras’ visit comes at a critical time for Greece as the third review of the bailout is ongoing and Athens is trying to get some debt relief before the bailout ends in the summer of 2018.
Reports suggest that President Trump is unlikely to announce any major departure of US policy towards Greece, but he may well urge American business people to invest in Greece and come out in support of some form of debt restructuring.