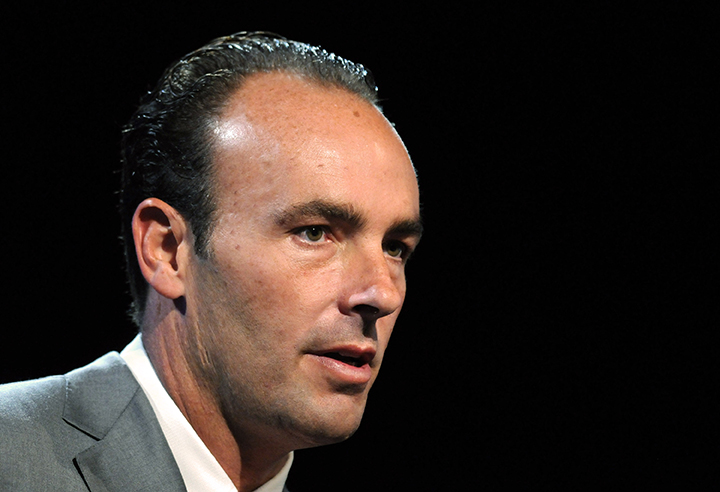 Hedge fund manager Kyle Bass is betting that Greece will experience a dramatic political turnaround, with elections called within a year, that will spur a rally across the nation’s assets.
Bass, founder of Dallas-based Hayman Capital Management, owns Greek bank stocks, which he said are trading at a quarter of book value and provide the “opportunity to make several turns of your money unlevered over the next few years.”
Once elections are called, Greek stocks and bonds will rally 20 to 30% over the course of a week, he told Bloomberg Television Friday from his ranch in Texas.
Bass thinks the Greek economy, with the highest unemployment rate in the euro area, is finally beginning to show signs of a turnaround.
“You’re starting to see green shoots, you’re starting to see the banks do the right things finally in Greece, and you’re about to have new leadership,” he said. The country will have some “marquee privatizations” over the next two years, he added.