GRNews
GreekReporter.comGreeceFlashback to 1974: The Day New Democracy was Born (video)

Flashback to 1974: The Day New Democracy was Born (video) 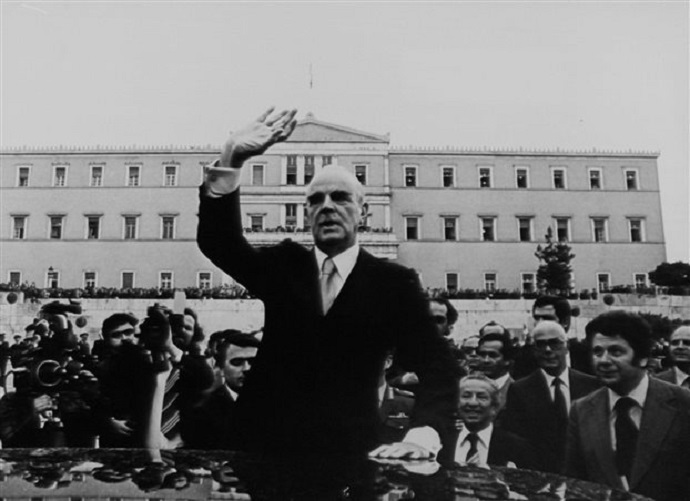 On October 4, 1974 Konstantinos Karamanlis founded New Democracy (ND). The founding declaration was signed by himself alone.
The party that triumphed with 54.37% and 220 seats in the elections that followed a month later on November 17, was his personal creation.
He intended New Democracy to be a more modern and progressive political party than the right-wing parties that ruled Greece before the 1967 Greek coup d’état, including his own National Radical Union (ERE).
The party’s ideology was defined as “radical liberalism”, a term defined as “the prevalence of free market rules with the decisive intervention of the state in favour of social justice.” The party was formed out of dissident members, the pre-Junta Centre Union, and National Radical Union.
New Democracy was Karamanlis’ baby, but the godfathers who coined the name were two of his closest associates. 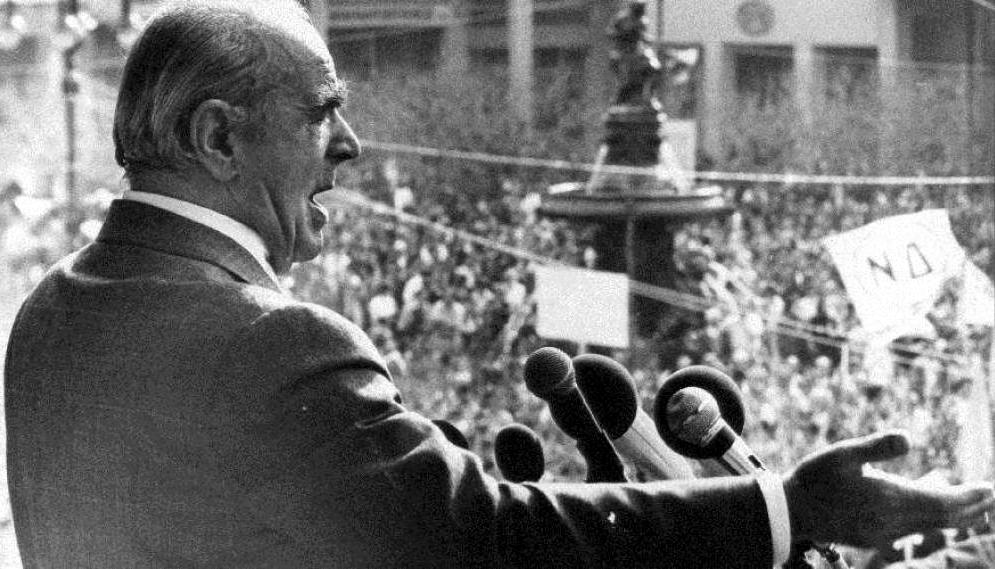 Takis Lambrias, who during the dictatorship, had published an article titled “The Karamanlis Solution”, and Georgios Plitas, a former mayor of Athens who while in exile in London published the article under the headline: “New Democracy”.
Karamanlis upon returning to Greece in the summer of ’74, was under pressure by the old vanguard to either keep the pre-dictatorship name National Radical Union (ERE) or to choose “People’s Party”.
He decided to make a clean break from the past opting instead for New Democracy.
Mitsotakis message
On the party’s 43rd anniversary, current leader of ND Kyriakos Mitsotakis, called on all Greek citizens to rally with the party.
Mitsotakis said that ND’s roots are very strong in Greek society and its values such as freedom, healthy competition, solidarity, meritocracy and the faith in the Greeks and their creative power, are more timely than ever.
The party’s imprint on modern Greek history is strong, Mitsotakis said, referring to the restoration of democracy after the dictatorship, Greece’s membership in the European Union, and the country’s established and continuing presence in Europe.
Karamanlis announcement in October 1974