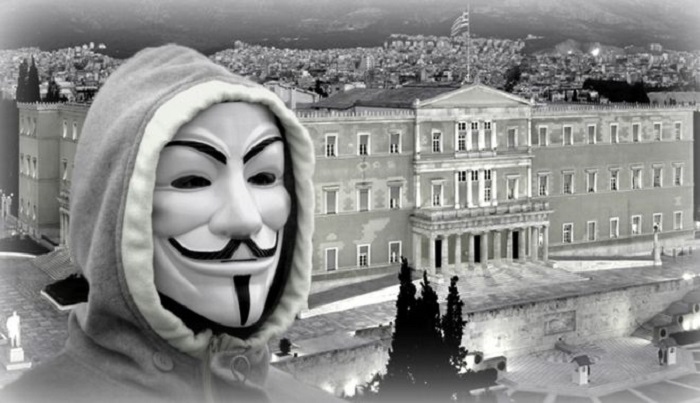 The hacking group Anonymous claimed that it hacked and released confidential documents from the servers of the Bank of Greece (BoG), and the Ministry of Interior.
Thousands of documents are available for download on the group’s page on Facebook.  They include documents dated from as far back as 2001.
On Saturday the group took down the web page of the BoG, and the day before that, they took down the page for electronic auctions of foreclosed homes.
Anonymous, a loosely associated international network of activist and hacktivist entities, says that the hacking is just the beginning.  It threatens that it will be releasing confidential documents from Greek institutions, and government departments on a daily basis. 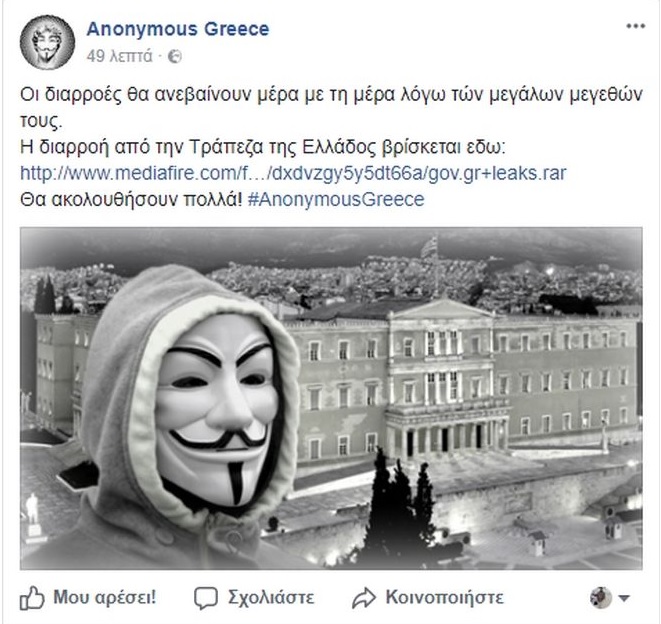 Among the items released from the Ministry of Interior are documents relating to the European Union directives on immigration, and instructions on acquiring Greek citizenship.
It is not clear that these documents are confidential or whether the group gained access by hacking government servers.
Cyber crime specialists are working with the BoG and the Ministry of Interior, to establish whether there was a security breach.
In a statement, the BoG says that the supposedly confidential documents are readily available on the internet.
“The claims that the Bank of Greece’s database was hacked and leaked are totally unfounded.  The 1,217 documents claimed to be hacked are merely administrative data, minutes from conferences, and other presentations.  There is nothing more there than information that is publicly available through the Bank of Greece’s website,” the statement said.

The Myth of Europa and How Europe Got its Name