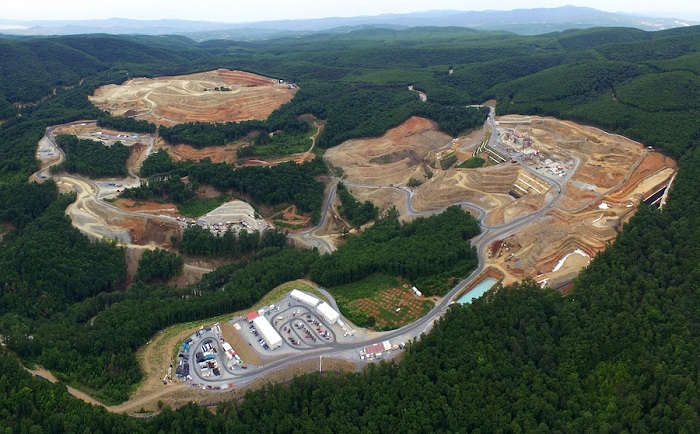 Eldorado Gold Corp on Thursday said it had decided to temporarily postpone its decision to place its Chalkidiki assets on care and maintenance.
The company also said it entered into dialogue with Greece’s Ministry of Energy and Environment to develop its Kassandra Mine assets.
“Communication (between Greece and Eldorado) started at the beginning of the week…we have exchanged letters and made efforts for a solution,” Hellas Gold CEO Dimitris Dimitriadis told Skai television.
“Hopefully, these efforts will be fruitful”.
Eldorado warned last week that it could halt new investment in Greece from Sept. 22, unless the country granted it permits and showed willingness to engage in constructive talks.
Earlier on Thursday, hundreds of Eldorado Gold workers fearing job losses marched through Athens, hours before the deadline imposed by the Canadian miner over permits was supposed to expire.
The press statement by Eldorado Gold
Eldorado Gold Corporation (“Eldorado”, “the Company” or “we”) today announced that it has entered into constructive dialogue with Greece’s Ministry of Energy and Environment (“MoE”) in respect to the development of the Company’s subsidiary, Hellas Gold S.A.’s, Kassandra Mine assets in Chalkidiki, Northern Greece. The Kassandra assets, which include the Skouries and Olympias projects and the Stratoni mine, were permitted under one single Environment Impact Study (“EIS”) approved in 2011 by the Greek State.
George Burns, President and Chief Executive Officer of Eldorado, commented: “We are very pleased with the constructive dialogue that is underway with the Ministry of Energy and Environment. Furthermore, last week the Ministry issued a number of long overdue routine permits for our Olympias project. As a result of these developments we have decided to temporarily postpone our decision to place our assets in Chalkidiki on care and maintenance.”
Mr. Burns concluded: “We preserve the right to place our assets on care and maintenance and to take prompt legal action to protect the Company and its assets in Greece should our dialogue with the Ministry of Energy and Environment prove unsuccessful. At the same time, we remain confident that the arbitration process initiated last week by the Greek government will be concluded in a timely and efficient manner, for the benefit of all stakeholders.”