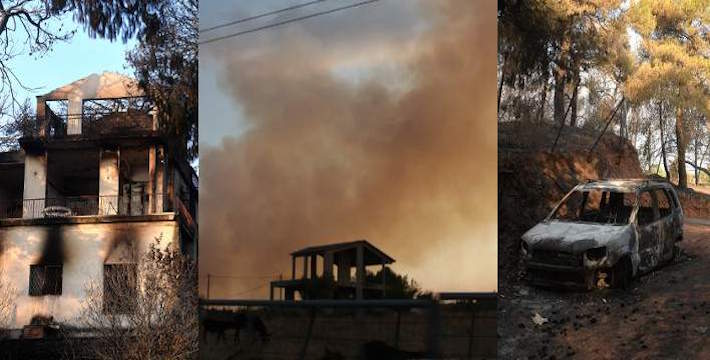 The fire near Athens has been burning unchecked for a third day, damaging dozens of homes.
It had started in Kalamos, a coastal holiday spot some 45 km northeast of the capital, and spread to three more towns. A state of emergency was declared in the area.
Firefighters and volunteers have fought overnight with the flames in Kalamos, Varnavas and Kapandriti, before planes and helicopters joined the effort on Tuesday morning.
The fire brigade said rugged terrain dotted with small communities made the firefighting difficult. 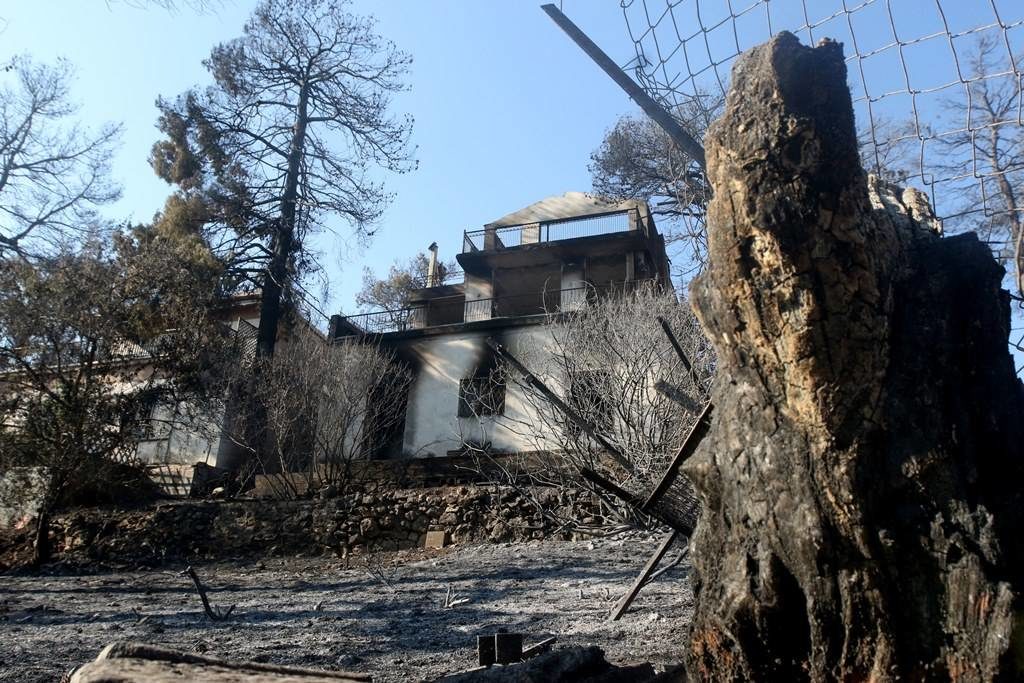 More than 91 fires were recorded across Greece on Monday, an outbreak fed by dry winds and hot weather that saw blazes burning.
In the western Peloponnese region of Ilia, the site of Greece’s worst fires in 2007, which killed more than 70 people, blazes broke out in three areas on Monday, prompting the evacuation of a village.
The fire had yet to be controlled by forces of the fire brigade late on Tuesday, with efforts concentrated alongside the National Road, so that it wouldn’t spread closer to the northern suburbs of Athens by nightfall.
Government ministers have claimed that some of the fires might have been caused by arson.