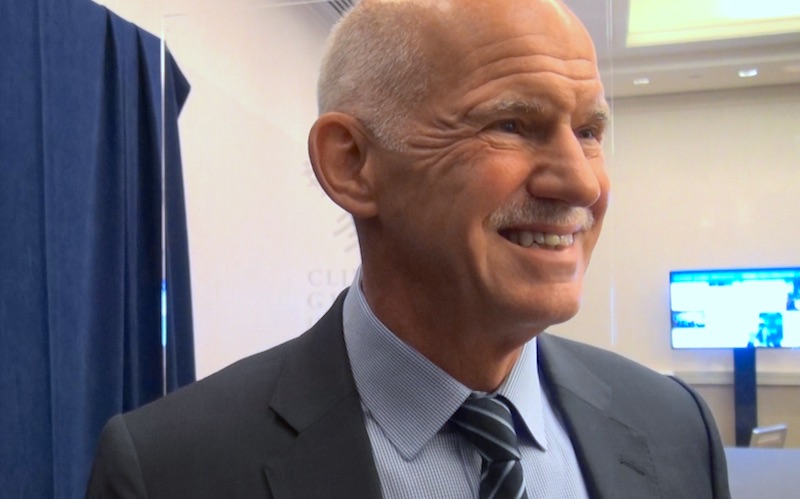 Former Prime Minister George Papandreou (2009-2011), still a controversial political figure in Greece, will be honored with the International Leadership Association (ILA) Distinguished Leadership Award. The award ceremony is scheduled on October 13 in Brussels, Belgium at ILA’s global conference “Leadership In Turbulent Times.”
“It is a profound honor for me to receive ILA’s 2017 Distinguished Leadership Award,” Papandreou shared. “I look forward to engaging with the business leaders, political leaders, and thought-leaders attending the ILA global conference this October.”
As the Prime Minister of Greece from 2009 to 2011, Papandreou understands leading in turbulent times. A public servant for many years, his election as prime minister after the devastation of the global financial crisis of 2007-2008 came with a mandate to increase transparency and reduce corruption in Greece’s government while humanizing globalization and its economic effects on Greek citizens.
Challenged by time and global financial markets, he made the difficult decision to implement austerity programs and cuts to appease the Eurozone. For his work in 2010 of “making the best of Greece’s worst year,” Foreign Policy Magazine named him a Top 100 Global Thinker.
Currently, as President of the Socialist International, a worldwide organization of progressive political parties, Papandreou continues to work on globalizing democratic institutions to meet the global economic challenges and challenges of the imagination that impede a fairer, more just world.
Related Video:


“Meeting tough challenges that require new human capacity is what makes leadership, leadership, as opposed to other crafts or occupations,” expressed Ronald Heifetz (noted leadership author and founder of the Center for Public Leadership at Harvard’s Kennedy School) with whom Papandreou consulted during his tenures as Foreign and Prime Minister.
“With courage, reasoned discipline, and passion for a just world, as Foreign Minister in 1999 Papandreou achieved an historic rapprochement with Turkey, allowing Greece to reset a slew of priorities and opening the door to Turkey’s candidacy to the EU. As Prime Minister, Papandreou led, not only his own country in courageously facing up to the challenges uncovered by the global financial crisis, but he also led Europe to develop new institutional capacity and resilience.”
As Cynthia Cherrey, ILA President & CEO sums up, “George Papandreou lives the ILA values and is an inspiring example for all of us who strive to make positive change for the greater good of individuals and communities worldwide.”