GRNews
GreekReporter.comGreek NewsEnvironmentFour Pelicans Released into the Wild After Treatment

Four Pelicans Released into the Wild After Treatment 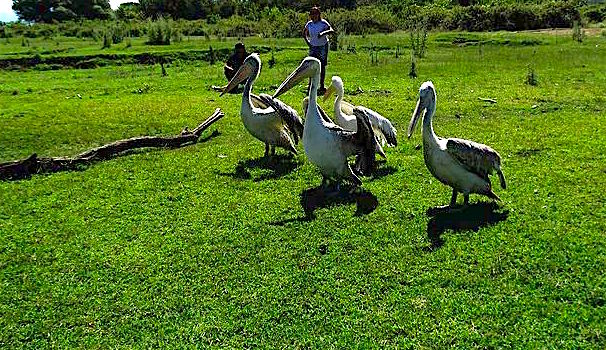 Four pelicans, two great whites and two Dalmatians, were released into the wild again after they were nursed back to health at the Hellenic Wildlife Hospital (EKPAZ) in Aegina. The birds were released at the wetland of Lake Kerkini near the Greek-Bulgarian border after the veterinarians decided they were strong enough to survive again on their own.
The Lake Kerkini Management Authority, a non-profit body managing the National Park of Lake Kerkini, placed rings on the pelicans to track their behavior and movement. The Authority and EKPAZ were assisted by the forestry inspectorate of Sidirokastro, Action for Wildlife and the animal welfare group of Serres.
According to EKPAZ, the great white pelican hosts a small population in Greece, while the Dalmatian pelican — the world’s largest freshwater bird — is a globally threatened species.
EKPAZ is a wildlife care center which is supported by volunteer work and aims at rehabilitating wild animals into their habitat, as well as informing the public on nature and wildlife protection.
(Source: ANA-MPA, The pictures were provided by EKPAZ)