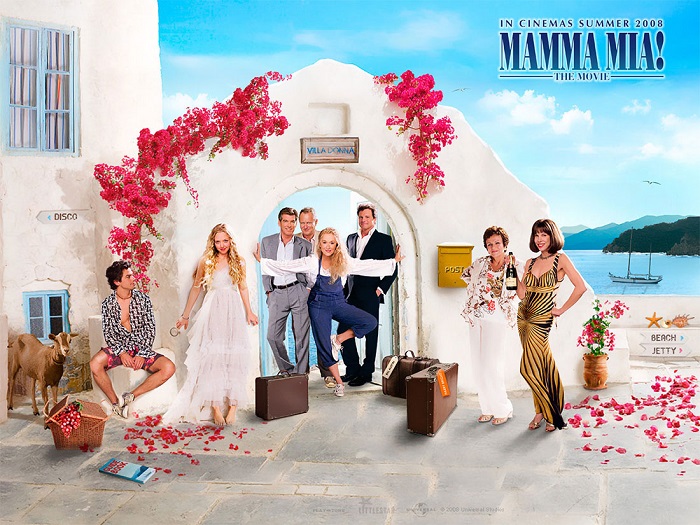 Fans of the smash-hit Abba film musical Mamma Mia! – filmed on the idyllic Greek island of Skopelos – will be delighted a follow-up is on its way.
But instead of Skopelos, film-makers will be shooting in Croatia, in a bid to save some money.
Unlike Greece, Croatia offers subsidies to film-makers and permits are not required before filming.
While big Greek film productions get a 20% tax return, foreign productions are excluded from the measure based on a legislation of 2011.
Christos Vailoudis, mayor of Skopelos, said in a statement to British tabloid Daily Mail: ‘The islanders are upset. The film was very important to us and for tourism.’
The 2008 film was a worldwide hit, making £460 million, and triggered a tourism boom on the Aegean island.
Now Skopelos islanders are devastated the new movie is being shot elsewhere, the Daily Mail says.
Instead, original cast members Meryl Streep, Pierce Brosnan, Amanda Seyfried, Colin Firth and Dominic Cooper are heading to the beautiful Dalmatian island of Vis, which will be transformed into the fictional Greek island of Kalokairi.
The new film, directed by Ol Parker, will be released in July next year to mark the original’s tenth anniversary.