GRNews
GreekReporter.comAncient GreeceGreece vs Hellas: The Semantics Behind the Country with Many Names

Greece vs Hellas: The Semantics Behind the Country with Many Names 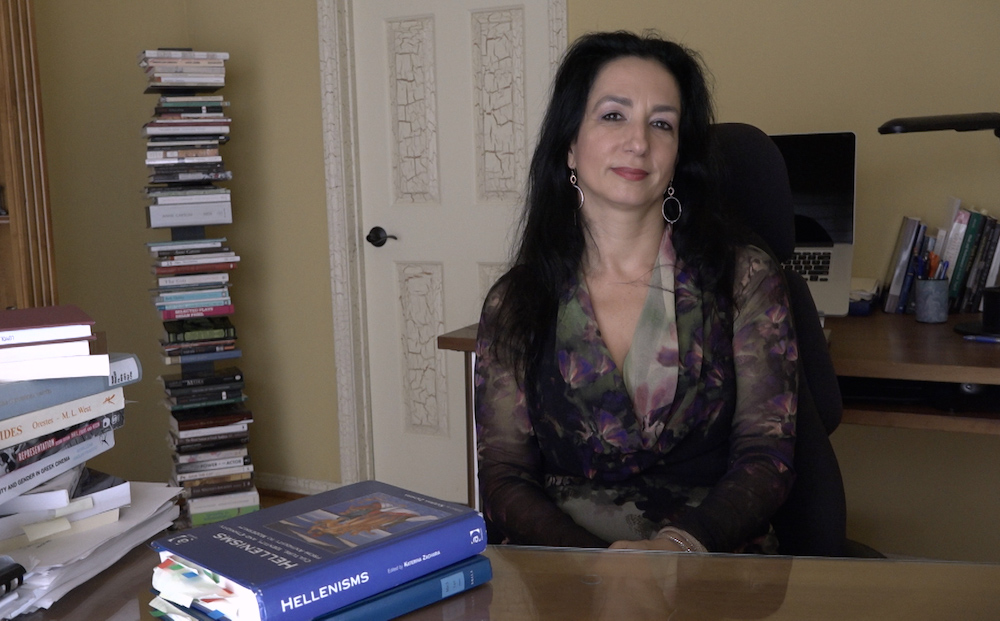 Many names, one country: Greece. The Mediterranean land which you might know as the birthplace of Democracy, a state in crisis, or a paradise on Earth because of its stunning beauty has had different names throughout its history.

Even today, the country is known abroad as Greece, while the Greeks call themselves “Ellines” and their country Ellada, or Hellas in English. The official name of the country is The Hellenic Republic as it is written on Greek passports; however one’s ethnicity on the same documents is described as “Greek.”

We interviewed Katerina Zacharia, a professor of Classics and Archaeology at Loyola Marymount University in Los Angeles, California to find out how the term Greece came to be the country’s international name as well as the semantics of the different names of the country throughout its long history.

The semantics behind Greece and Hellas

Dr. Zacharia says that there is no correct answer to the origin of the names Greece and Hellas — however their first appearances can be traced.

The word Hellene was mentioned for the first time by Homer in the Iliad as a territory near the Esperqueo river, which is still known by that name. It is also used to referr to the companions of Achilles from this place — a relatively small, but vigorous group of people.

During the Persian War, the idea of ​​Hellas was heard for the first time as a demographic category that brought together people who shared lineage, language, religion and social castes.

On the other hand, the name Grecos comes from a son of Pandora and Zeus, from whom the Greeks are named. The Hellenic tribe of the Greeks, or Graecians, took its name, according to legend, from Greco. They were one of the first tribes to colonize Italy, in the area known as Magna Graecia, which used this name for them in antiquity.

By the time of the Roman Republic in 509 BC the name Grecos was used to refer to a people from Boeotia called Graea, who had colonized in southern Italy, so the association of the colonizers of the town of Graea in southern Italy became a term that was associated with all Greeks.

The Latins used this term to refer to all the Hellenes since the first people who had had contact with them were from this tribe; hence the name “Greeks.”

Dr. Zacharia is a renowned speaker on the subject of Hellenism as well as the editor and major contributor for the book “Hellenisms: Culture, Identity and Ethnicity from Antiquity to Modernity (Ashgate Variorum 2008).”

She is also the author of “Converging Truths: Euripides’ Ion and the Athenian Quest for Self-Definition (Brill 2003).” She is a Professor of Classics at Loyola Marymount University, Los Angeles. She holds a BA degree in Psychology and Philosophy and minor in Pedagogy, and an MA and Ph.D in Classics from University College London.