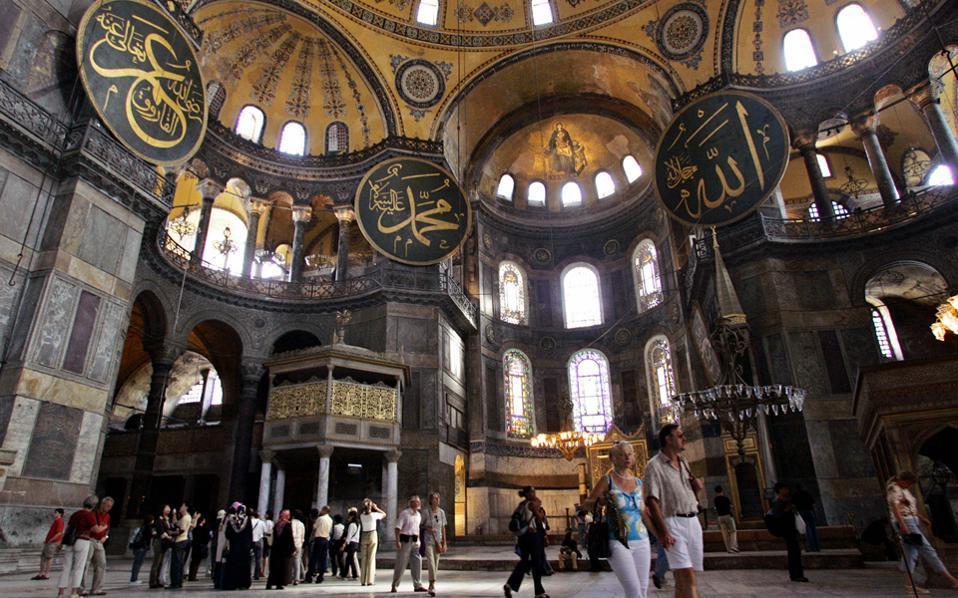 The Greek government reacted to Wednesday’s reading of the Koran and Muslim prayer in Hagia Sophia in Istanbul, despite the strictly secular museum character of the monument.
On Wednesday, there was a regular call to prayer, as is the case in all mosques, with the only difference being that the gates did not open for the faithful to enter. However, the call to prayer was attended by the President of Religious Affairs Mehmet Gormez and broadcast by state television TRT-Diyanet.
In a statement, Greece’s Foreign Ministry stressed that Hagia Sophia is a UNESCO World Heritage Site and therefore an attempt to turn it into a mosque is an insult to the international community. The ministry notified UNESCO of the issue and Deputy Foreign Minister Yiannis Amanatidis met with a high UNESCO official today (Thursday).
The statement characterizes the Turkish action as “a manifestly unacceptable challenge to the religious sentiment of all Christians and those who honor the cultural heritage of mankind.”
“We call upon Turkey to show the attitude of a modern and democratic country and to protect the universal character of Hagia Sophia, respecting the long-standing tradition of this universal monument,” the Foreign Ministry’s announcement concluded.