The 'Breath' of Kolumbo Submarine Volcano 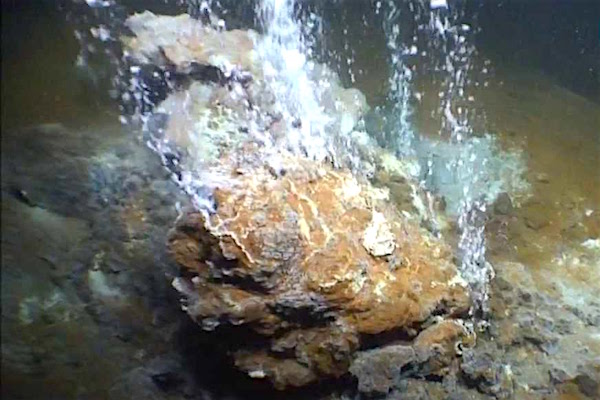 Scientists from Italy and Greece have proven that a submarine volcano “breathes” during its active phase. Their research focused on the volcano Kolumbo. Kolumbo is a shallow submarine volcano, part of the Hellenic Volcanic Arc, located 7 km NE of Santorini, and is considered as one of the most active and dangerous submarine volcanoes in the Mediterranean.
In 2006, an active hydrothermal vent field (HVF) was discovered on the north part of Kolumbo’s crater, at 504 m below sea level. The volcano’s crater releases gases and hydrothermal fluids approximately every two minutes, something that constitutes its “breath.”
This attitude has been observed for the first time globally. The submarine volcanoes are extremely complex and their dynamic environments have been scarcely observed until today.
According to Greek scientists the finds of the research can become the first step to understanding the mechanisms related with the gassing of a huge quantity of energy in a submarine volcano and is expected to become a basis on the forecast of volcanic eruptions in submarine volcanic environment and to evaluate the size of the volcano’s breath danger for the people, the environment, the ecosystem and the economy. The scientific report’s link is http://www.nature.com/articles/srep46515
(source: ana-mpa)